What is Streptococcus agalactiae?

Streptococcus agalactiae is a Gram-positive, non-motile, non-spore-forming coccus that is the only member of the Group B of the Lancefield antigen grouping. 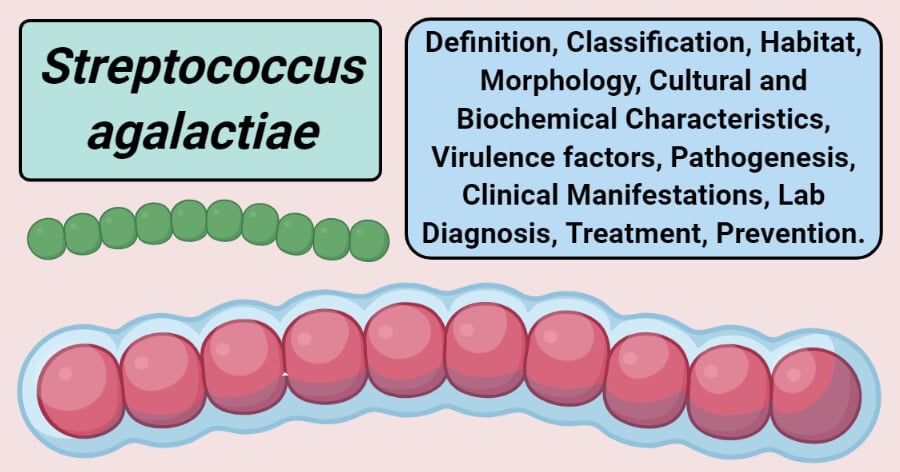 The genus Streptococcus is differentiated from other lactic acid bacteria that produce lactic acid as a sole or major endproduct of carbohydrate metabolism. The genus consists of more than 50 different species, most of which are categorized into ‘species group’ based on one or more similar characteristics. Based on 16S rRNA gene sequence analysis the genus Streptococcus belongs within the low (< 50 mol%) G+C branch of the Gram-positive eubacteria, and is a member (type genus) of the family Streptococcaceae. S. agalactiae is one of the thirteen species that belong to the pyogenic groups of streptococci, most of which are characterized by b-hemolytic activity and its 16S rRNA sequencing. The species found in humans are also termed hemolytic streptococci. It is also the only species present in the Lancefield Group B based on the presence of B antigen on its capsular polysaccharide.

The following is the taxonomical classification of S. agalactiae:

The growth of Streptococcus on ordinary nutrient media is generally low in contrast to that of other Gram-positive species. Growth is more profuse on media enriched with blood, serum, or a fermentable carbohydrate. To avoid competition and to inhibit other Gram-positive organisms, Selective Strep Agar is used as a selective media. Many strains are capable of growing in media containing 40% bile. Some strains produce a yellow, orange, or brick-red pigment, and the growth may be enhanced by the addition of starch to the medium or by incubation with 5% carbon dioxide. Ideal growth is observed at the temperature of 20-35°C, whereas no growth is observed at either 10°C or 45°C. Growth is observed under neutral to acidic pH, but no growth is seen beyond the pH of 9. 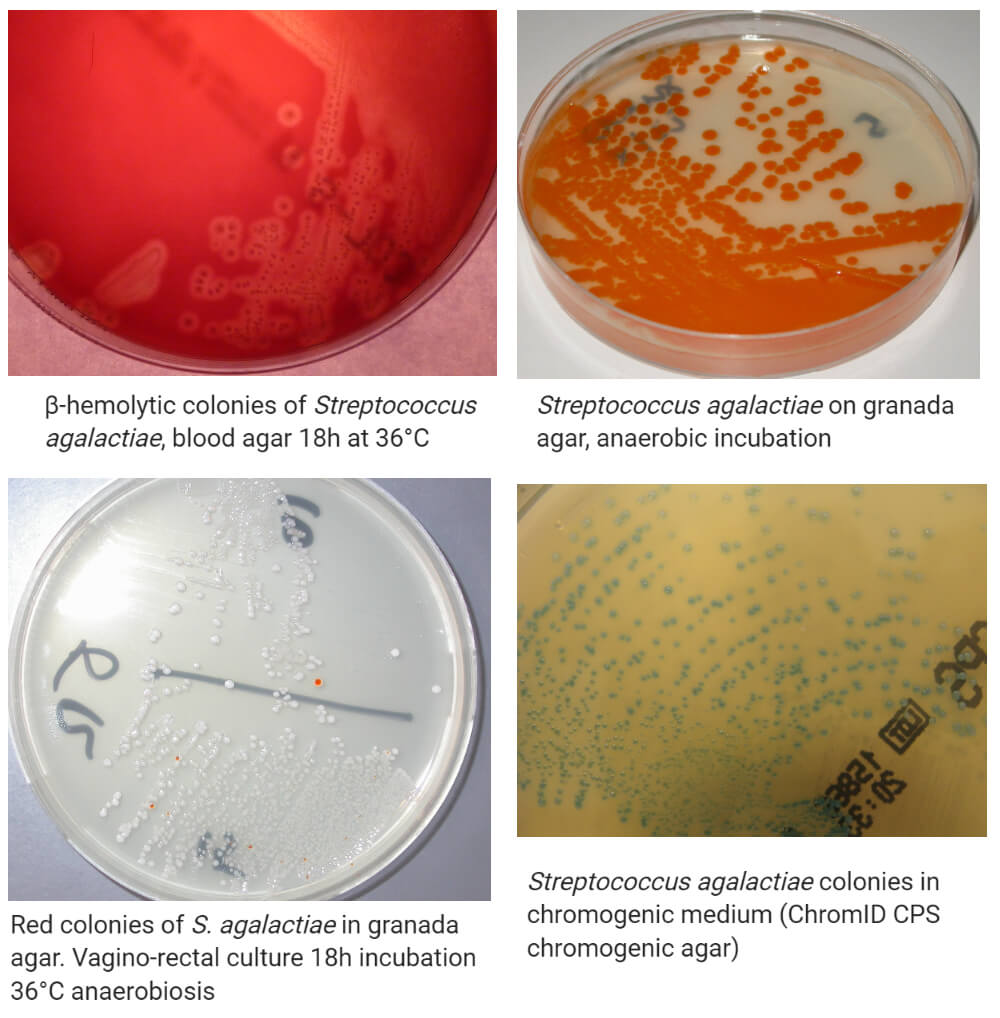 The following are some cultural characteristics of S. agalactiae on different culture media:

The biochemical characteristics of S. agalactiae can be tabulated as follows:

As in all infections, S. agalactiae infection also has to deal with a number of diverse cell types such as macrophages, epithelial cells, and endothelial cells during the invasive disease process. To overcome these defensive barriers and survive in the host, an organism must possess a variety of virulence factors. Such virulence factors not only allow invasion of the host tissue, resulting in mild to severe diseases but also protect the organism against the immune response of the host’s body. S. agalactiae also has several such mechanisms or factors that protect and allow the organism to cause different types of infections.

Some of such virulence factors found in S. agalactiae are given below:

Streptococcus agalactiae is an important human pathogen that causes different severe neonatal as well as adult infections. The course of infection by S. agalactiae begins with the colonization and invasion of a number of different host compartments. Different virulence factors present in the bacteria like the polysaccharide capsule, the hemolysin, the C-proteins, the hyaluronate lyase, and the lipoteichoic acid, and a number of unknown bacterial components are involved in the pathogenesis of infection. 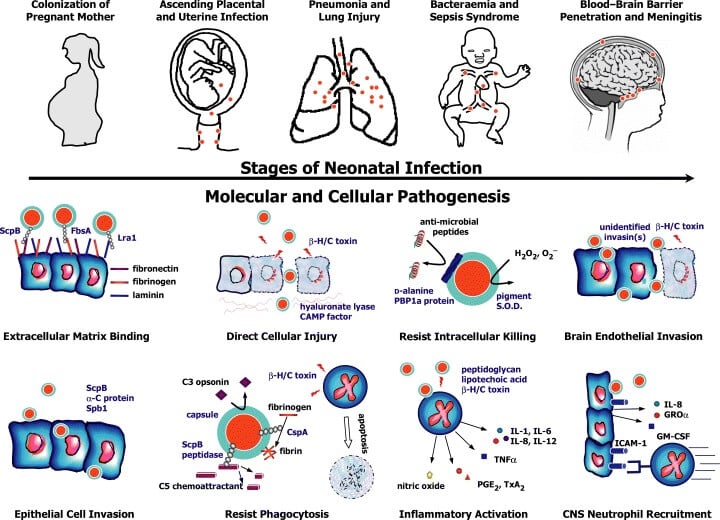 The following is the pathogenesis of infections caused by S. agalactiae:

4. Interaction with the host immune system

The most common syndromes due to invasive Group B streptococci disease in adults are bacteremia without a known focus and skin or soft tissue infections. S. agalactiae concurrently with other organisms have also been implicated in pneumonia and under severe conditions causes meningitis in neonates. Another manifestation of GBS disease includes urinary tract infections, especially in pregnant women.