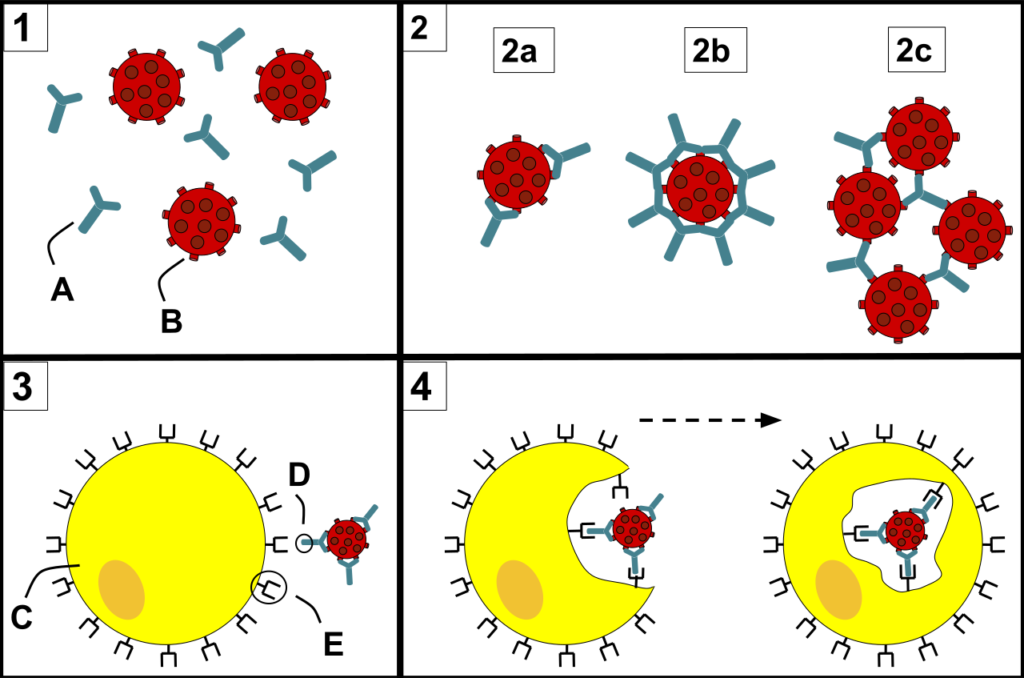 Figure: 1) Antibodies (A) and pathogens (B) free roam in the blood. 2) The antibodies bind to pathogens and can do so in different formations such as opsonization (2a), neutralization (2b), and agglutination (2c). 3) A phagocyte (C) approaches the pathogen, and the Fc region (D) of the antibody binds to one of the Fc receptors (E) on the phagocyte. 4) Phagocytosis occurs as the pathogen is ingested. Source: Wikipedia.

Figure: Action of opsonins: A phagocytic cell recognizes the opsonin on the surface of an antigen. Source: Wikipedia.

The common opsonins are: