The target sequence of nucleic acid is denatured to single strands, primers specific for each target strand sequence are added, and DNA polymerase catalyzes the addition of deoxynucleotides to extend and produce new strands complementary to each of the target sequence strands (cycle 1). In cycle 2, both double-stranded products of cycle 1 are denatured and subsequently serve as targets for more primer annealing and extension by DNA polymerase. After 25 to 30 cycles, at least 107 copies of target DNA may be produced by means of this thermal cycling. 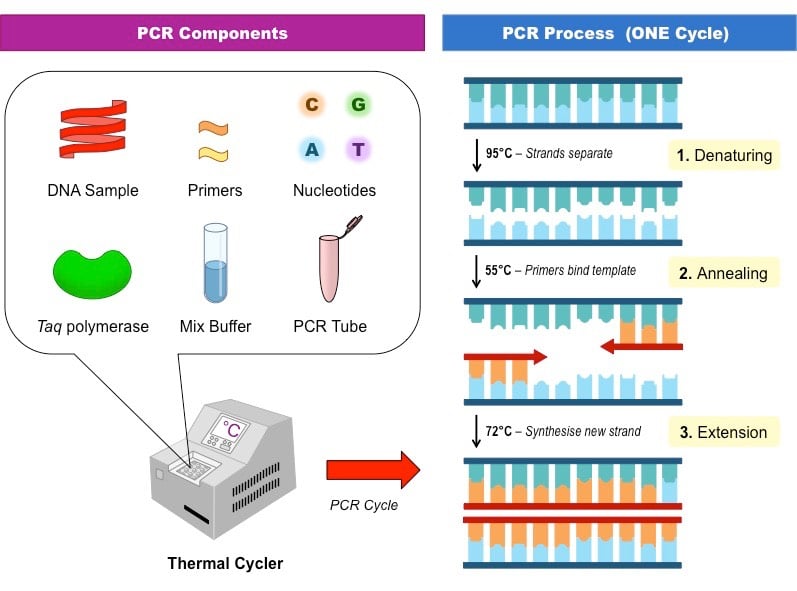 A. Extraction and Denaturation of Target Nucleic Acid

B. Steps in Amplification

The three steps of the PCR cycle are repeated. 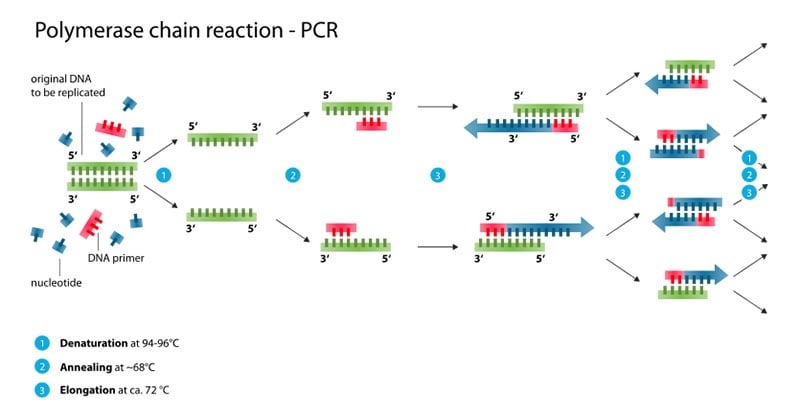 PCR already has very widespread applications, and new uses are being devised on a regular basis.