What are Gram-positive bacteria? 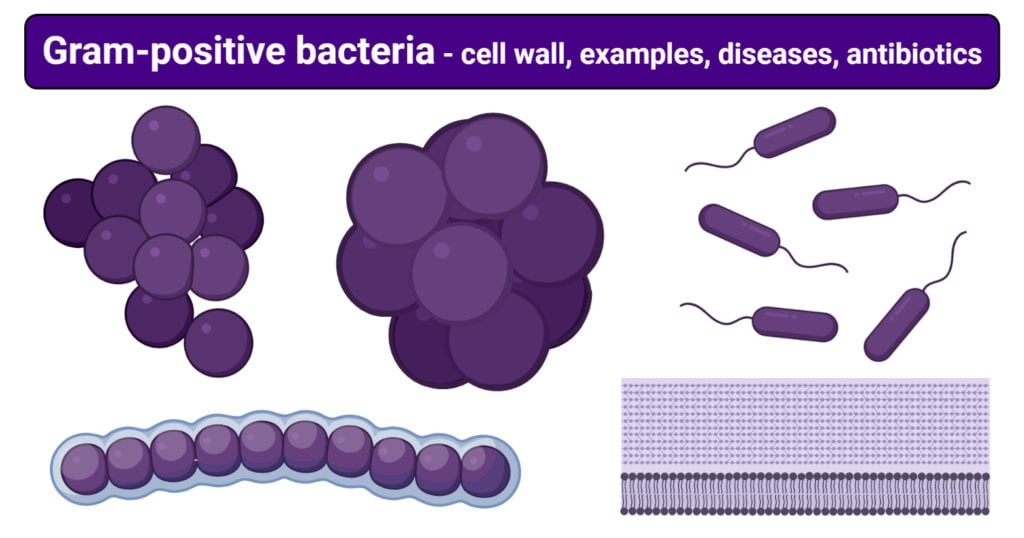 These bacteria have very distinct features that characterize it and differentiates it from other types of bacteria. These include:

Despite most bacteria being differentiated by the Gram staining dyes, the observation under the Microscope reveals more features that can be used to define and characterize these bacteria.

Gram-positive by definition in shape can be classified into two:

Other special shapes formed by Gram-positive bacteria include:

Tetrad- a type of cocci shape occurring in square-clusters of fours, for example, Micrococcus spp

The thick Gram-positive bacterial cell is made up of a large quantity of peptidoglycan, teichoic acid, a thin lipid layer below the peptidoglycan layer and glycerol polymers.

The table below describes various Gram-positive bacteria, their basic morphological  features the diseases they cause in Humans.

As noted from the above table, Gram-positive bacteria are known to cause several infections which may be disastrous to humans if not treated and managed on time and properly. For this reason, scientists manufactured chemotherapeutic agents, known as antibiotics which act against the bacterial agent causing the disease, eliminating it from the system by killing it. The mechanisms of elimination of the antibiotics vary.