What is CAMP Test?

CAMP (Christie–Atkins–Munch-Peterson) test is a biochemical test used to differentiate Streptococcus agalactiae from other beta-hemolytic Streptococci.

The CAMP test can be performed either via the standard test on blood agar plates or the disk method.

As a form of quality control for the CAMP test, two different organisms can be taken as a positive and negative control.

Result and Interpretation of CAMP Test 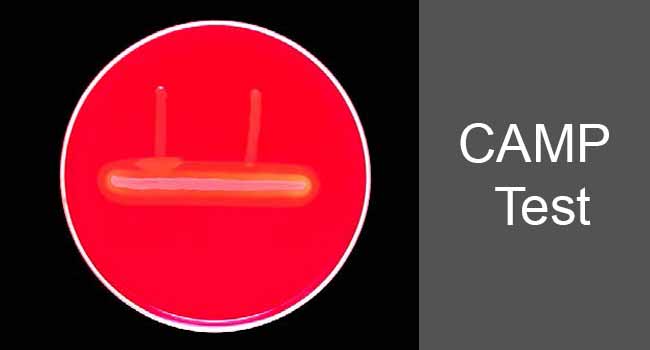