Prophase is the phase that follows the interphase and typically the first and longest phase in the cell cycle, for both mitosis and meiosis. It is the phase of DNA unwinding and chromatin condensation to make the chromosomes visible.

What Happens in Prophase? 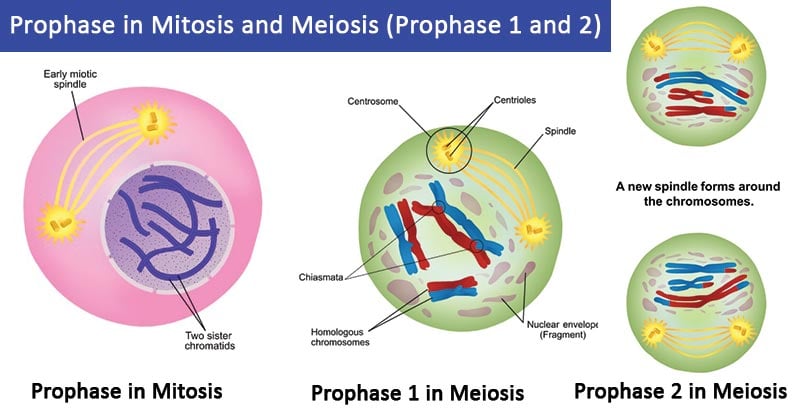 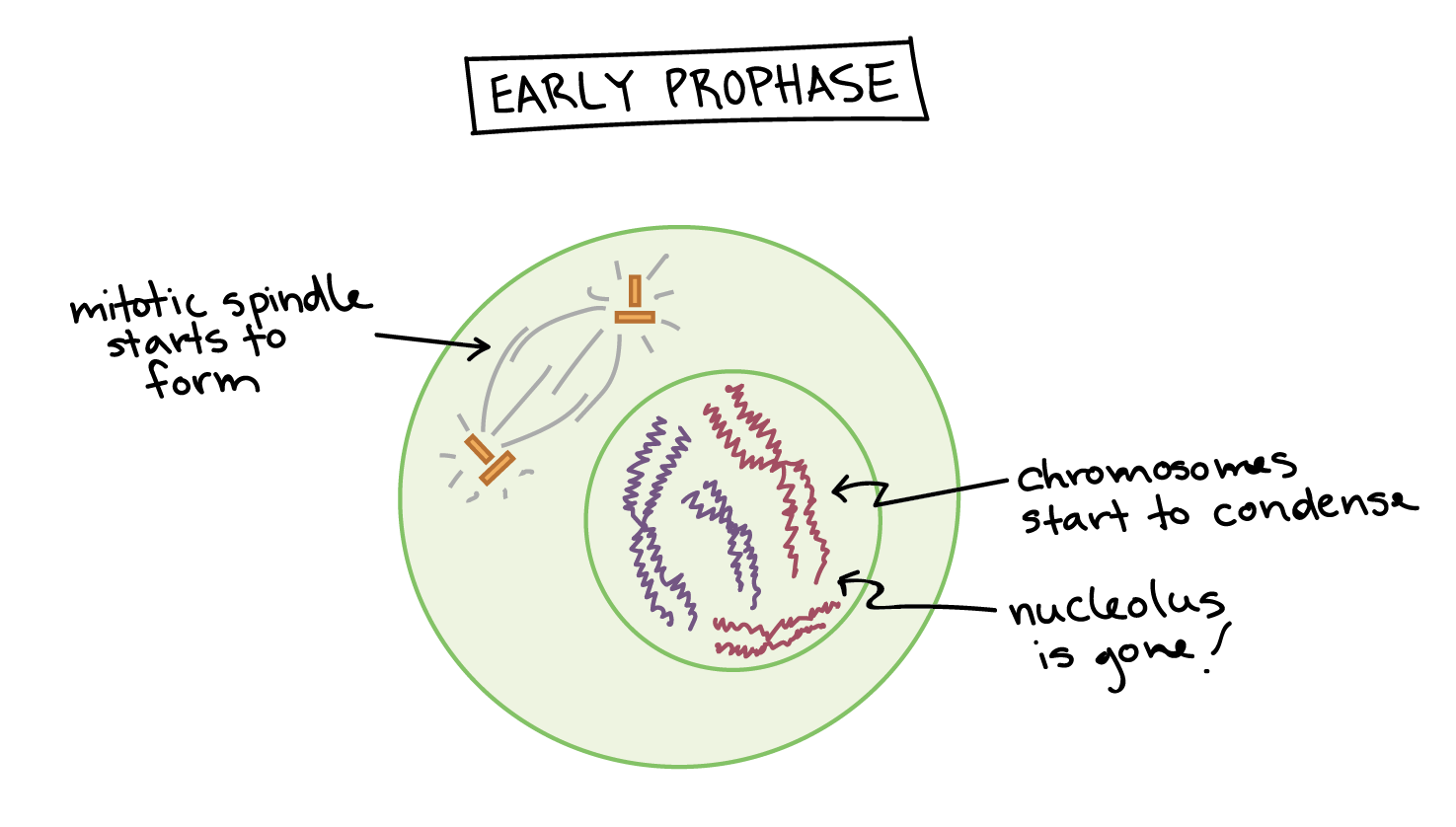 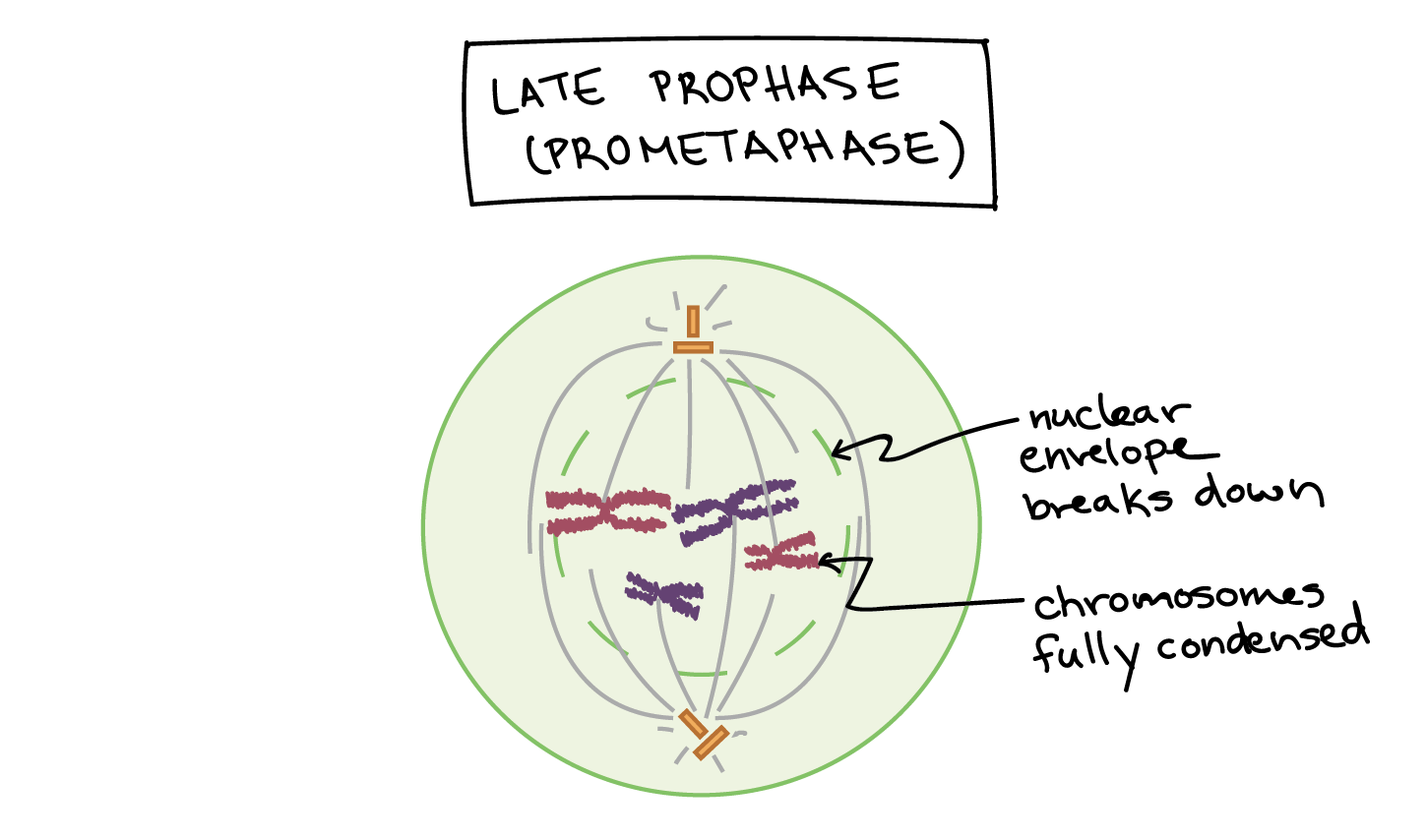 This is the phase of homologous chromosome pairing and exchange of DNA to form recombinant chromosomes. There are five phases that define prophase I. 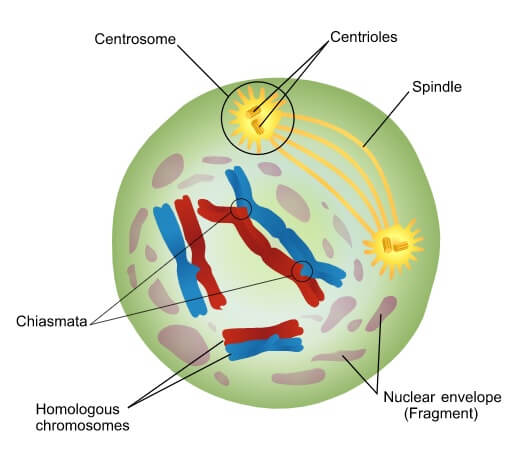 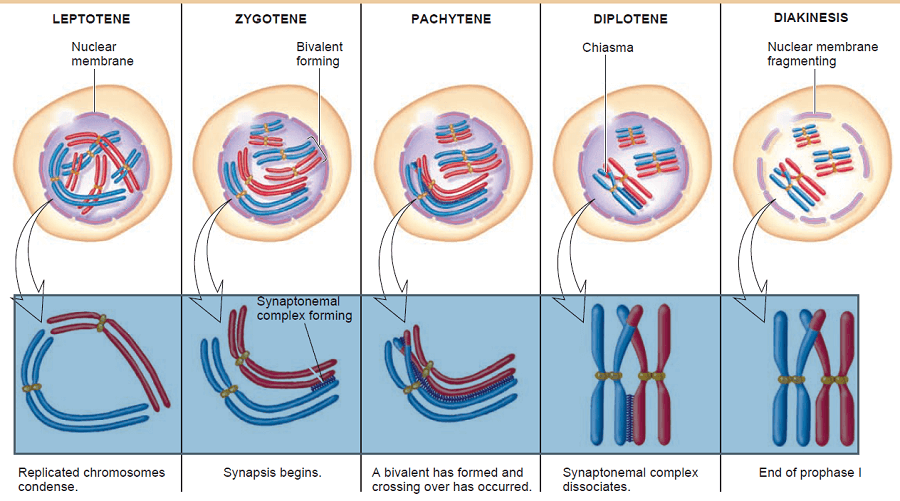 Pachytene- This is the phase where the cross over of genetic materials takes place between non-sister chromatids i.e pairs of homologous chromosomes. This forms chiasmata.

Diplotene- This is the stage of synaptonemal complex disappearance while the homologous pairs remain attached at the chiasmata.

Diakinesis- The fifth and final phase of prophase I. It sets up the cell for metaphase. 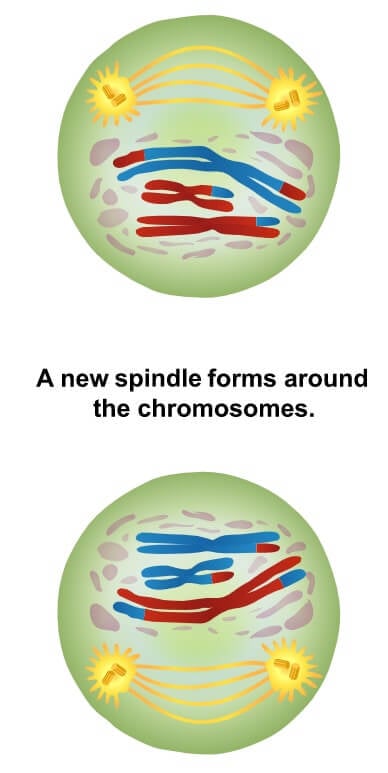 Prophase I of Meiosis Video Animation