Cells continuously undergo cell division through which daughters cells arise which mature and also produce their own daughter cells and the cycle continues. The events of the cell cycle involve cell growth and cell division, of which the interphase defines the phase of cell growth where several metabolic reactions take place. The interphase is the preparation phase for mitosis and it is also the longest phase in the cell cycle. The interphase takes place in the cytoplasm and the cell nucleus. 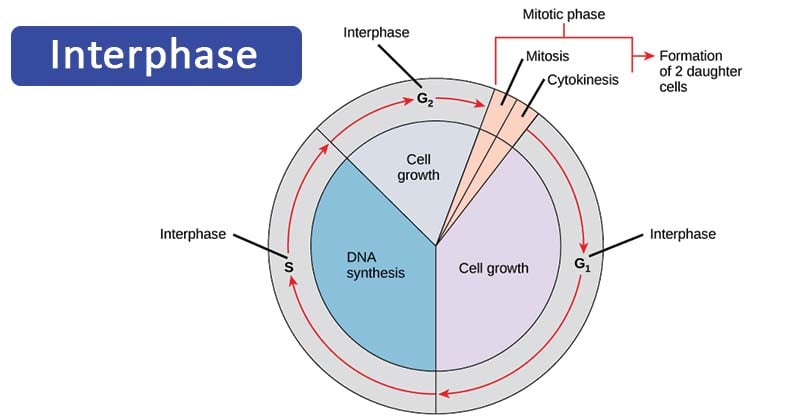 Interphase stages: What happens during the interphase?

G1 and G2 phase represents the time of growth and preparation for mitosis.

The synthesis (S) phase is the phase of cell copying or cell duplication of its DNA of its entire genome.

Interphase and the cell cycle