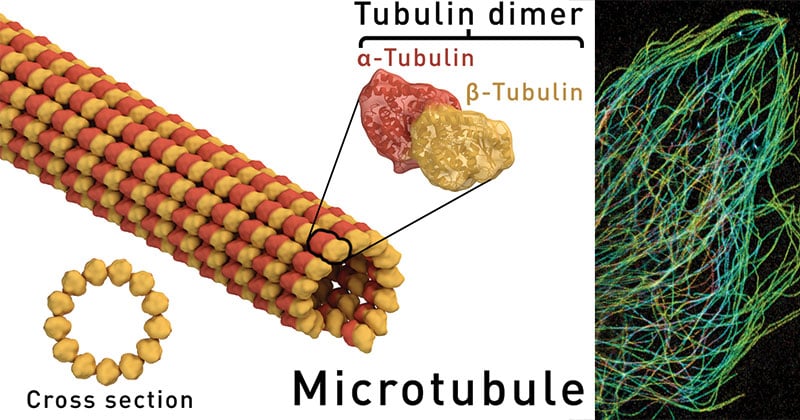 Microtubules may work alone or join with other proteins to form more complex structures. Cell organelles derived from special assemblies of microtubules include:

As part of the cytoskeleton of the cell, microtubules contribute to: