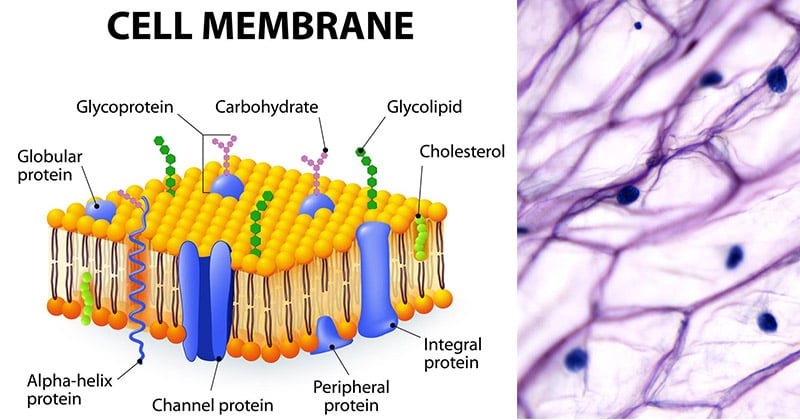 All biological membranes are constructed according to a standard pattern.  They consist of a continuous bilayer of amphipathic lipids approximately 5 nm thick, into which proteins are embedded.  In addition, some membranes also carry carbohydrates (mono- and oligosaccharides) on their exterior, which are bound to lipids and proteins. The proportions of lipids, proteins, and carbohydrates differ markedly depending on the type of cell and membrane.

Membranes and their components have the following functions: