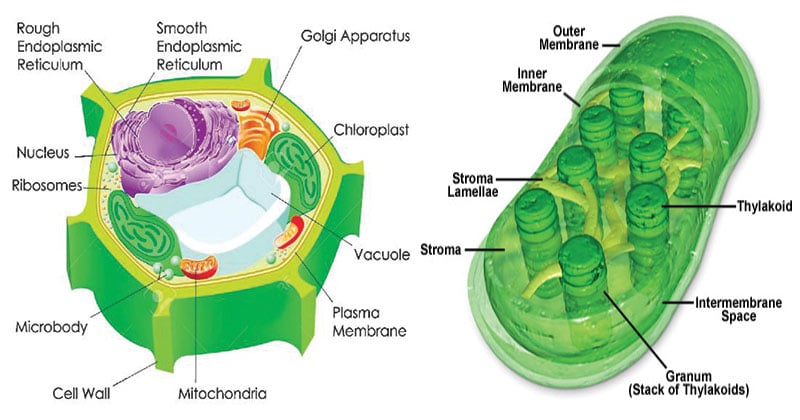 A chloroplast thus has the following parts:

It is a semi-porous membrane and is permeable to small molecules and ions, which diffuses easily. The outer membrane is not permeable to larger proteins.

It is usually a thin inter-membrane space about 10-20 nanometers and it is present between the outer and the inner membrane of the chloroplast.

The inner membrane of the chloroplast forms a border to the stroma. It regulates the passage of materials in and out of the chloroplast. In addition to regulation activity, fatty acids, lipids, and carotenoids are synthesized in the inner chloroplast membrane.