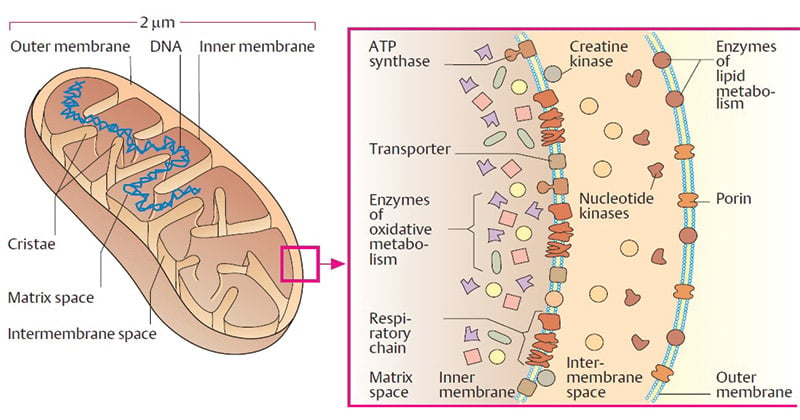 Mitochondria are mobile, plastic organelles that have a double-membrane structure. It ranges from 0.5 to 1.0 micrometer in diameter.  It has four distinct domains: the outer membrane, the inner membrane, the intermembrane space, and the matrix.