What is Starch casein agar (SCA)?

Starch casein agar is a nutrient medium for the growth and cultivation of saccharolytic marine bacteria.

Starch casein agar consists of starch as the primary source of carbon along with casein as a source of protein and seawater. The exact composition of Starch Casein agar is given below:

The composition of the HiMedia Starch Casein Agar is given below: 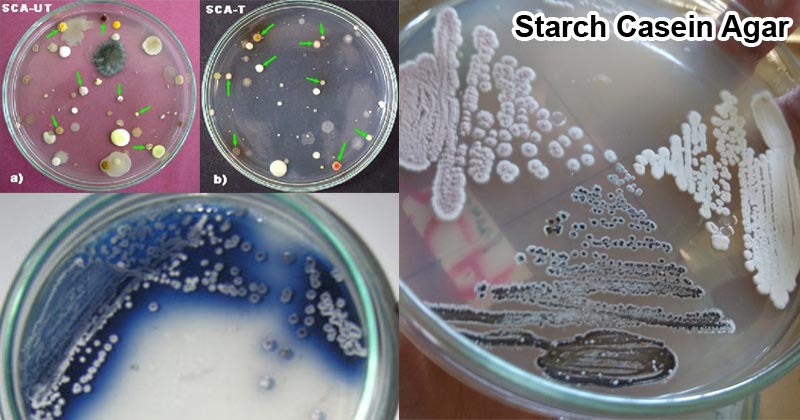 The media forms yellow-colored, clear to slightly opalescent gel on Petri plates. The following table demonstrates the growth of important medical bacteria and Actinomycetes with their colony morphologies on Starch Casein Agar: