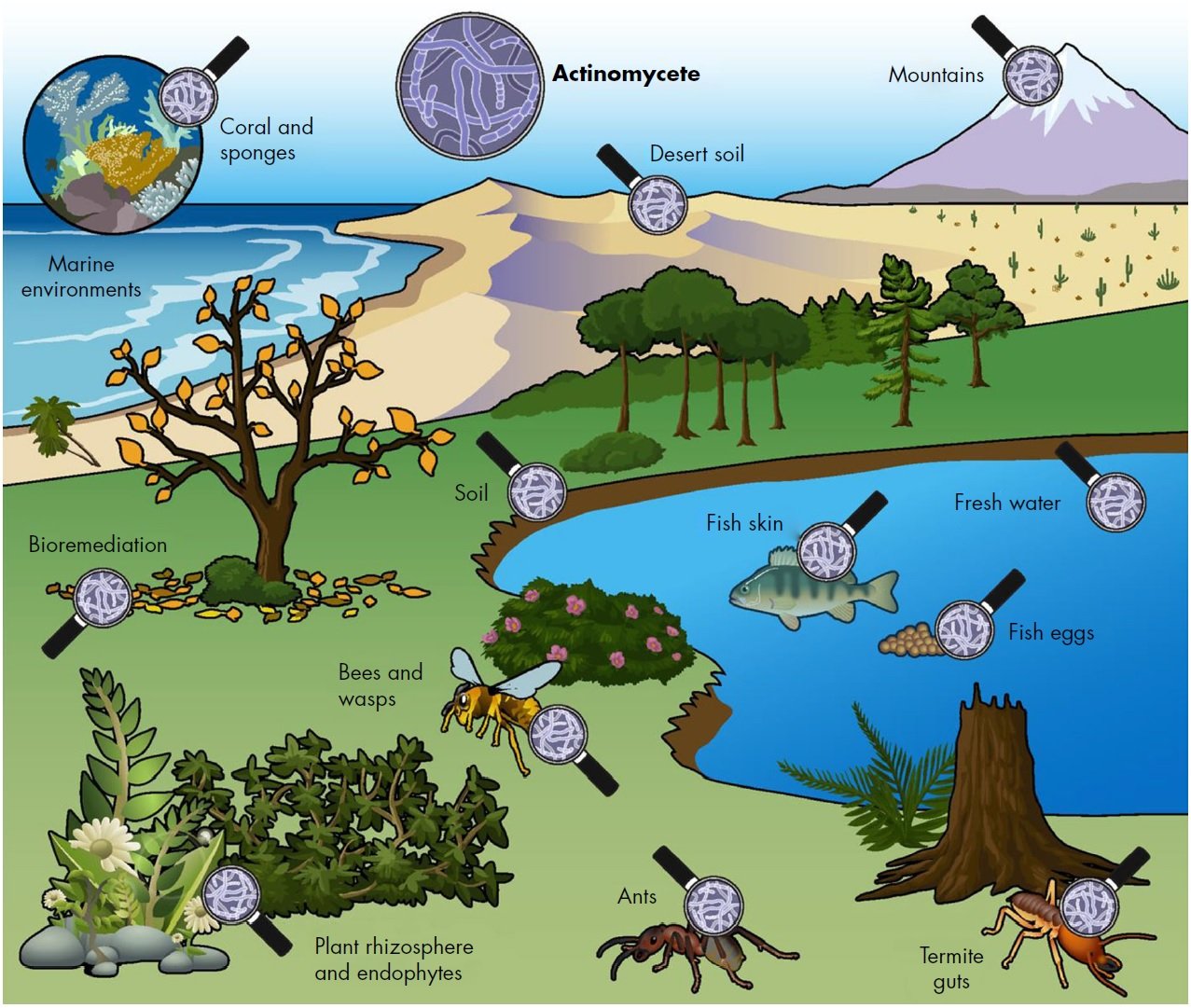 Figure: Free living actinomycetes are ubiquitous in soil environments as well as in marine and fresh water ecosystems. In addition, they have an important ecological role in the turnover of organic material. Many actinomycetes have evolved to live in symbiosis with plants, fungi, insects and animals. Most such actinomycete–host interactions are beneficial, whereby actinomycetes produce NPs that allow their host to protect itself against pathogens or pests, or enzymes to degrade resilient natural polymers like lignocellulose.
Image Source: Gilles P. van Wezel, Molecular Biotechnology, Institute of Biology, Leiden University, Sylviusweg 72, 2333 BE Leiden, The Netherlands.

Principle of Isolation of Actinomycetes

Actinomycetes is a non-taxonomic term for a group of common soil microorganisms sometimes called “thread or ray bacteria.” They are known for decomposing more resistant organic materials such as chitin, a complex sugar found in the outer skeleton of insects and elsewhere. The richness and diversity of actinomycetes present in any specific soil, however, is greatly influenced by the soil type, geographical location, cultivation and organic matter amongst other factors.

Different agar media can be used for the isolation of Actinomycetes from soil sample after dilution of the soil slurry. Actinomycetes Isolation Agar is a selective medium commonly employed. It contains sodium caseinate as nitrogen source. Asparagine in addition to being an amino acid is also a source of nitrogen. Sodium propionate is used as a substrate in anaerobic fermentation. Dipotassium phosphate provides the buffering system. The sulphates serve as source of sulphur and metallic ions. Glycerol serves as an additional source of carbon. Cycloheximide and nystatin used in the agar, further prevents fungi interference by inhibiting mRNA translation, hence causing cell growth arrest and cell death of opportunistic fungi.

The chitin agar, on the other hand, contains chitin, a complex sugar which is generally hydrolysed by Actinomycetes. Thus it is able to support the growth of only the actinomycetes and also in addition prevent the growth of other soil bacteria and fungi.

Procedure of Isolation of Actinomycetes 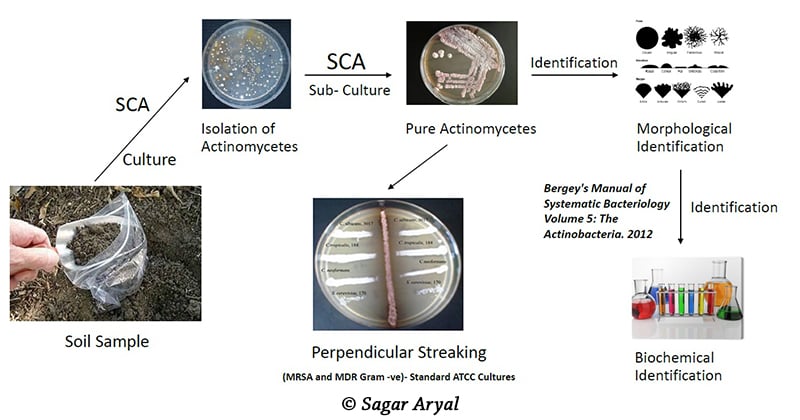 Expected Results of Isolation of Actinomycetes