Some of the denaturing agents include 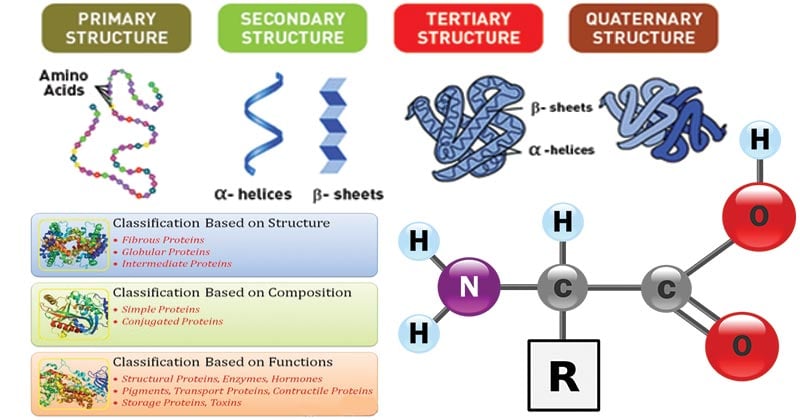 When 2 ml of test solution is added to an equal volume of 10% NaOH and one drop of 10% CuSO4 solution, a violet col­our formation indicates the presence of peptide linkage.

When 1 ml of Ninhydrin solu­tion is added to 1 ml protein solution and heated, the formation of a violet color indicates the presence of α-amino acids. 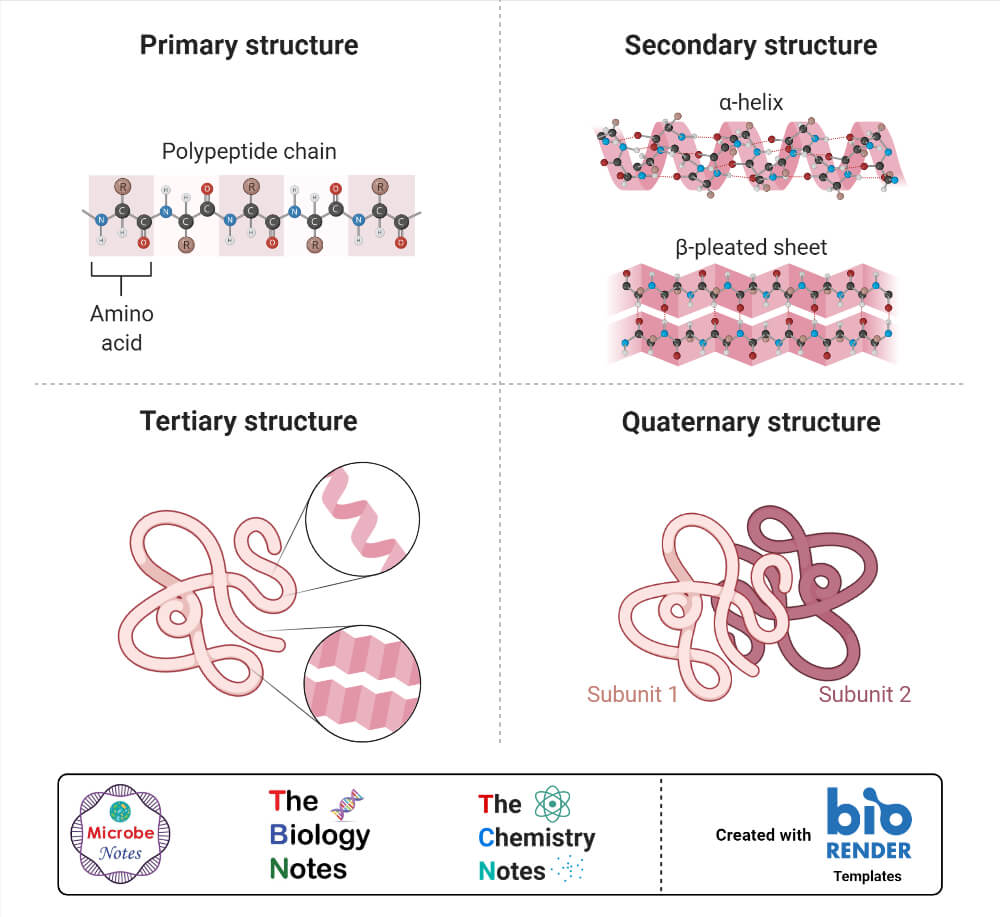 The structure of proteins can be divided into four levels of organization:

Based on the chemical nature, structure, shape, and solubility, proteins are classified as:

Proteins are vital for growth and repair, and their functions are endless. They also have an enormous diversity of biological functions and are the most important final products of the information pathways.