Staphylococcus hominis is a Gram-positive coagulase-negative member of Staphylococci that exists as a commensal on the human body, especially in the areas with apocrine glands, axillae, and the pubic region. 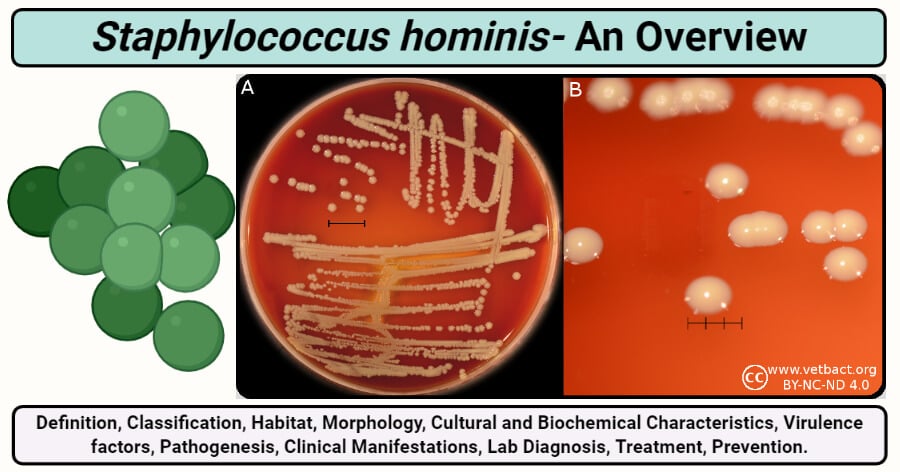 The species of Staphylococci are classified into different species primarily on the basis of DNA–DNA hybridization. Besides, other characteristics like fatty acids composition and G+C content are also observed. The subspecies of S. hominis are further divided on the basis of their activity against novobiocin and their habitat. S. hominis subsp. hominis consists of strains that are susceptible towards novobiocin and are primarily found on the skin surface, whereas S. hominis subsp. novobiosepticus is resistant to novobiocin and can be isolated from blood.

The selective media for most Staphylococci species includes media like P agar, Mannitol Salt Agar, Baird-Parker agar, and liquid medium like thioglycollate medium. Even though the organism is facultatively anaerobic, it shows weak or delayed growth under anaerobic conditions. The optimum temperature for growth is 37°C, but some growth is seen from 20°C to 45°C. Sufficient growth can be seen at 10% NaCl with decreased growth at 15%.

The following is the colony morphology observed on different media:

The biochemical characteristics of S. hominis can be tabulated as follows:

The exact mechanism of infections caused by S. hominis is yet not known, but it has been seen that are several factors present in the species assist in the process of infection. These virulence factors have also been a topic of interest for many research works as the organism is increasingly becoming more resistant to various antibiotics like aminoglycosides.

Infections associated with S. hominis are mostly nosocomial or hospital-acquired. These infections usually occur in patients that are immunocompromised or have recently undergone chemotherapy. In the case of cancer patients, the target cells of S. hominis is the HeLa cells as it has the ability to colonize and invade such cells. The exact pathogenesis of the infections cause by S. hominis is not yet fully understood; however, it is known that the genome of the organism carries several gene sequences that aid the process of infection by this bacterium. 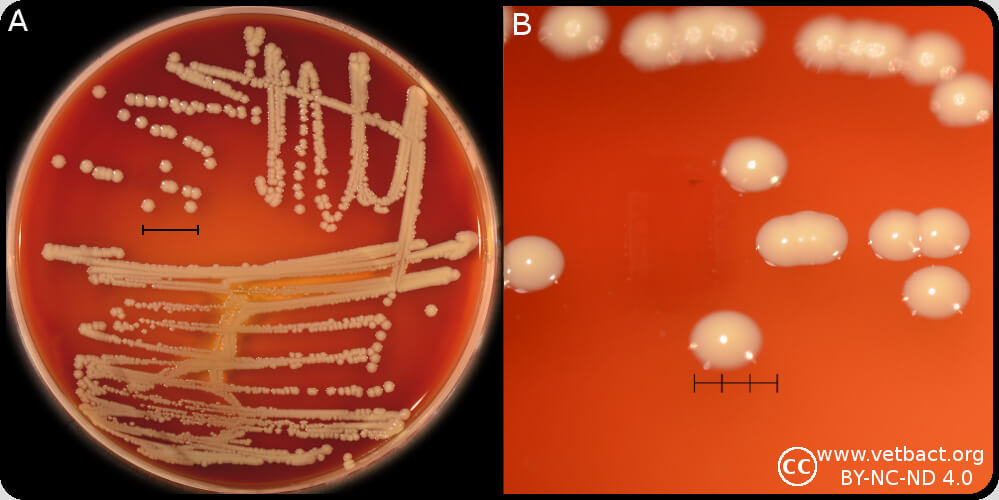 Figure: Colonies of Staphylococcus hominis, cultivated aerobically on bovine blood agar at 37°C during 24 h. The lengths of the scale bars in A and B are equivalent to 10 and 3 mm, respectively. Image Source: Vetbact.