A single nucleotide is made up of three components: a nitrogen-containing base, a five-carbon sugar (pentose), and at least one phosphate group With all three joined, a nucleotide is also termed a “nucleoside phosphate”.

Unlike in nucleic acid nucleotides, singular cyclic nucleotides are formed when the phosphate group is bound twice to the same sugar molecule, i.e., at the corners of the sugar hydroxyl groups

Adenine : Chemically it is 6-aminopurine

Guanine : Chemically it  is 2-amino,6-oxy purine

Can be present as lactam & lactim form

Exist both lactam or lactim form

Occurs only in DNA

Found only in RNA 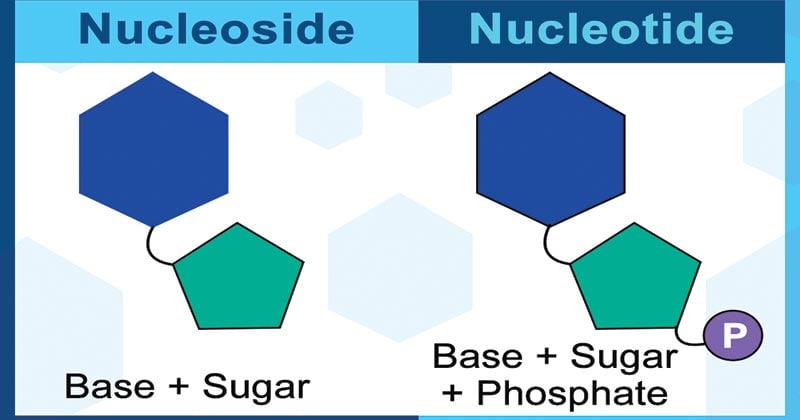 On the basis of the type of sugar present, nucleotides may be:

On the basis of type of nitrogenous bases present, nucleoside derivatives may be also grouped as following: