Antibodies, also known as immunoglobulins, are proteins produced by lymphocytes as a result of interaction with antigens. Antibodies are a part of the humoral immune of the adaptive immune system where each antibody identifies a specific antigen and protects the body against it. 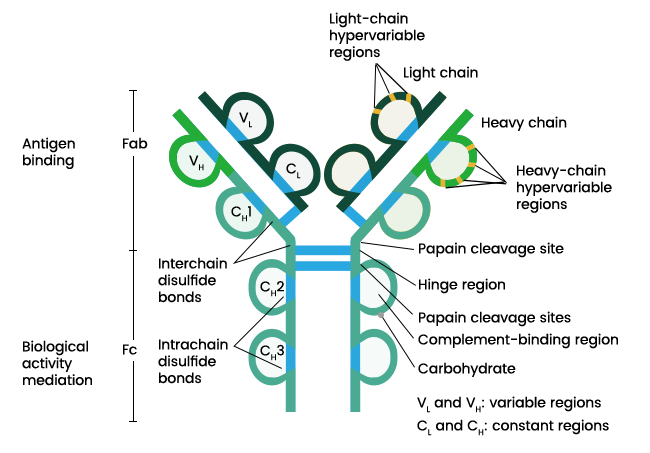 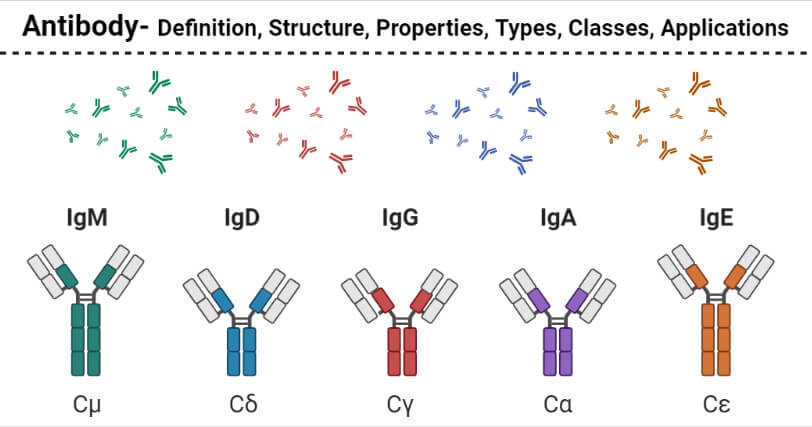 IgG is the most abundant immunoglobin, which accounts for about 80% of the total serum antibodies. The concentration of IgG in the blood is about 10mg/ml.

IgM is the third most abundant immunoglobulin in serum, with a concentration of 1.5 mg/ml. It is the largest antibody and is the first antibody to appear in response to the initial exposure to antigen.

IgA or sIgA is the main immunoglobulin found in the mucous membrane in the form of secretory antibodies. The concentration of IgA is found in small quantities in blood, but it is found in high concentrations in tears, saliva, and sweat

IgD is a monomeric antibody that occurs on the surface of immature B lymphocytes. It is produced in a secreted form in a small amount in the blood serum.

IgE is a type of immunoglobulin found only in mammals and synthesized by plasma cells. It occurs in a monomeric form with two ε heavy chains and two light chains. 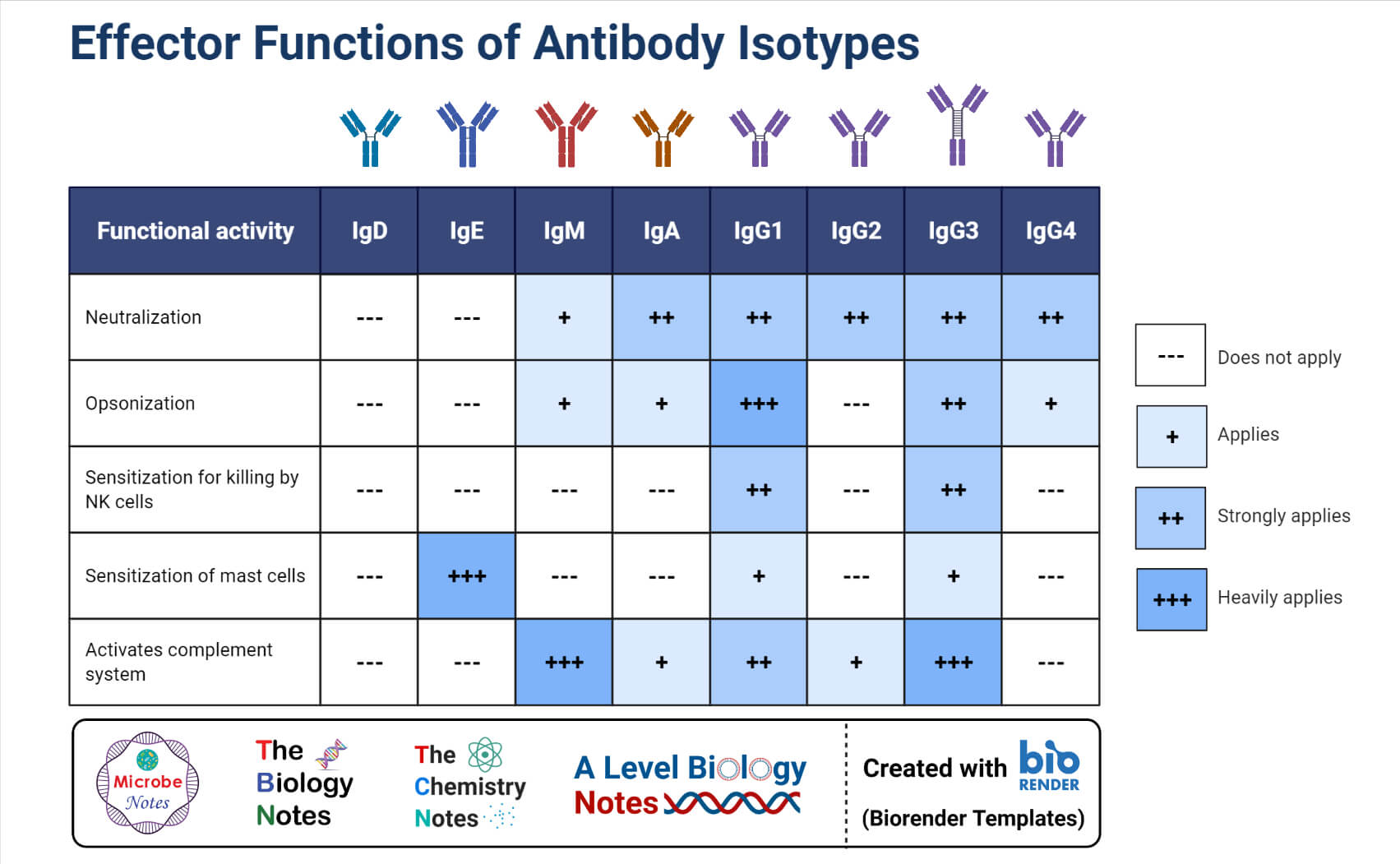