What is Citrate Utilization Test?

The citrate utilization test is a part of the IMViC test (Indole, Methyl Red, Vogues-Proskauer, and Citrate Test) that differentiates organisms on the basis of their ability to use citrate as a sole source of energy.

Members of Enterobacteriaceae, as part of the identification to the species level

1. Preparation of the media 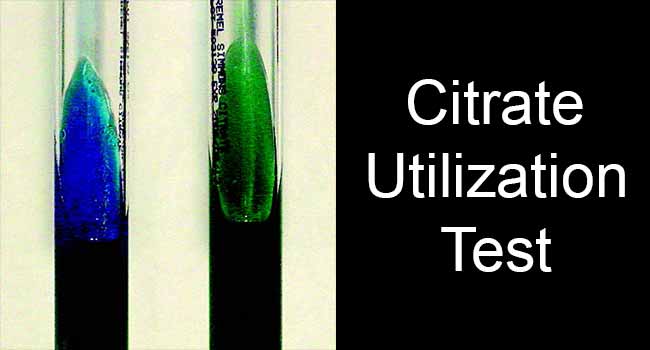 The following table demonstrates the result of Citrate utilization of important medical bacteria: