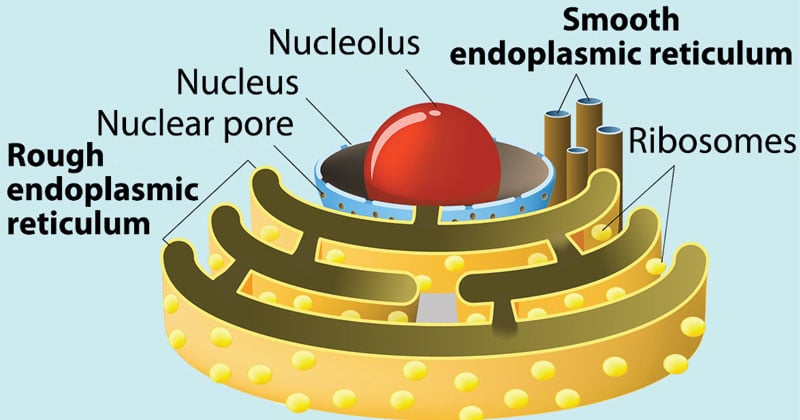 The endoplasmic reticulum may occur in the following three forms: