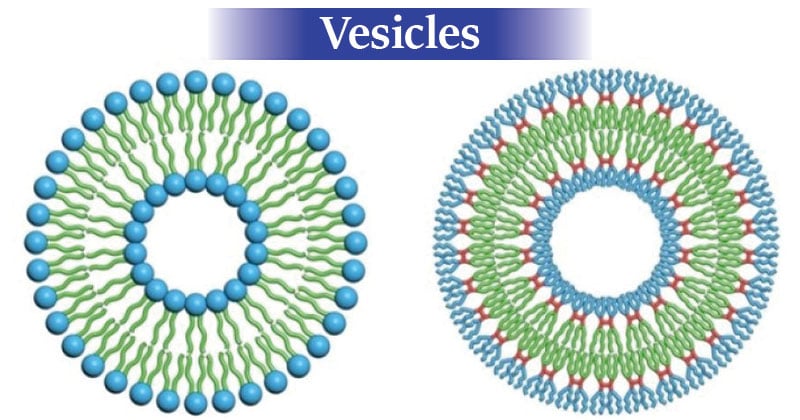 A liposome (left) and dendrimersome. The blue parts of their molecules are hydrophilic, the green parts are hydrophobic.
Credit: Image courtesy of University of Pennsylvania

A vesicle is a small structure within a cell, consisting of fluid enclosed by a lipid bilayer. The membrane enclosing the vesicle is also a lamellar phase, similar to that of the plasma membrane. The space inside the vesicle can be chemically different from the cytosol. It is within the vesicles that the cell can perform various metabolic activities, as well as transport and store molecules.