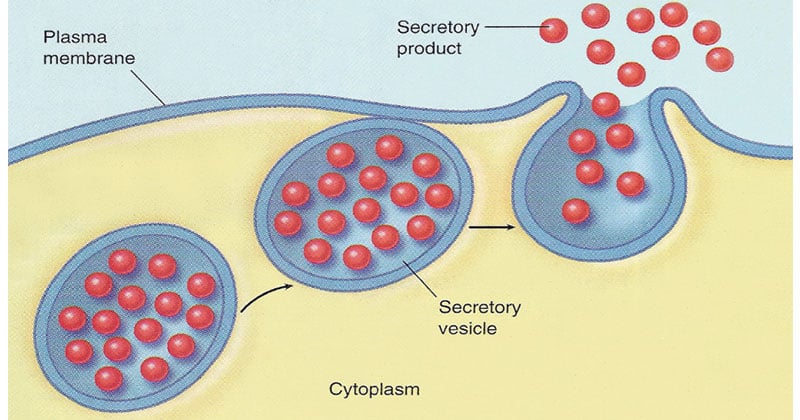 b. Vesicles in Endocrine Tissues

Some cells also produce molecules, such as hormones produced by endocrine tissues, needed by other cells. The hormones that are secreted from the endocrine glands are also stored in secretory vesicles, from where they are released into the bloodstream when needed.

For example, a nerve cell impulse triggers the fusion of secretory vesicles to the membrane at the nerve terminal, where the vesicles release neurotransmitters into the synaptic cleft (the gap between nerve endings). The action is one of exocytosis: the vesicle and the cell membrane fuse, allowing the proteins and glycoproteins in the vesicle to be released to the cell exterior.