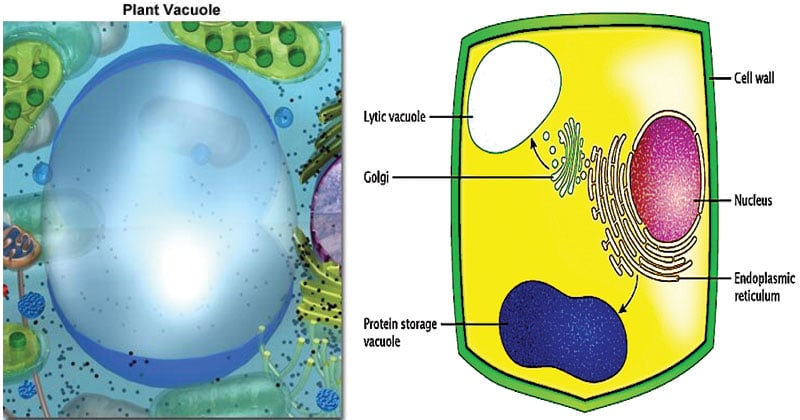 A plant vacuole has a variety of functions. Different vacuoles with distinct functions are also often present in the same cell.