Protein Synthesis involves translating the sequence of a messenger RNA (mRNA) molecule to a sequence of amino acids during protein synthesis. It is the process in which ribosomes in the cytoplasm or ER synthesize proteins after the process of transcription of DNA to RNA.

All three sites (A, P, and E) are formed by the rRNA molecules in the ribosome. 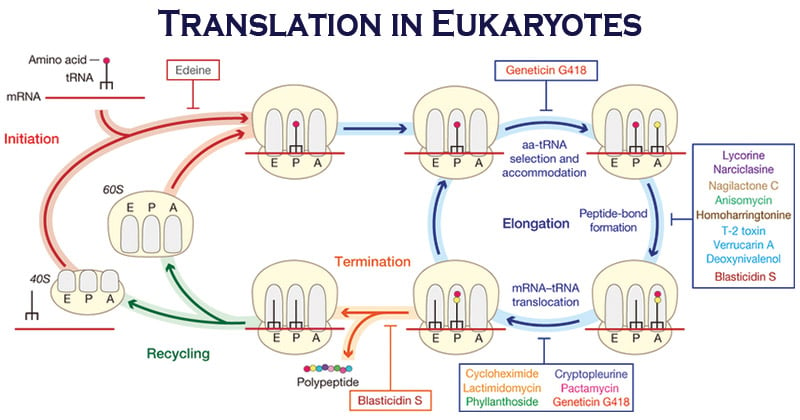 The overall mechanism of protein synthesis in eukaryotes is basically the same as in prokaryotes.

However, there are some significant differences: 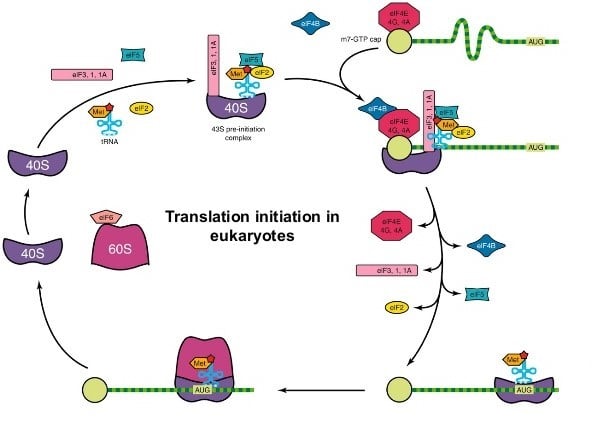 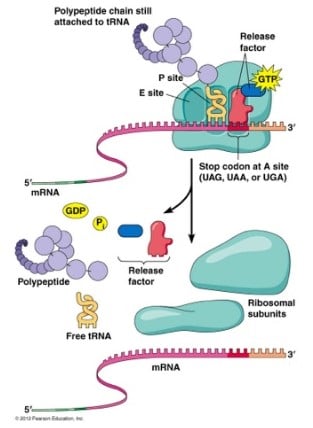 2 thoughts on “Protein Synthesis in Eukaryotes- Definition, Enzymes and Process”