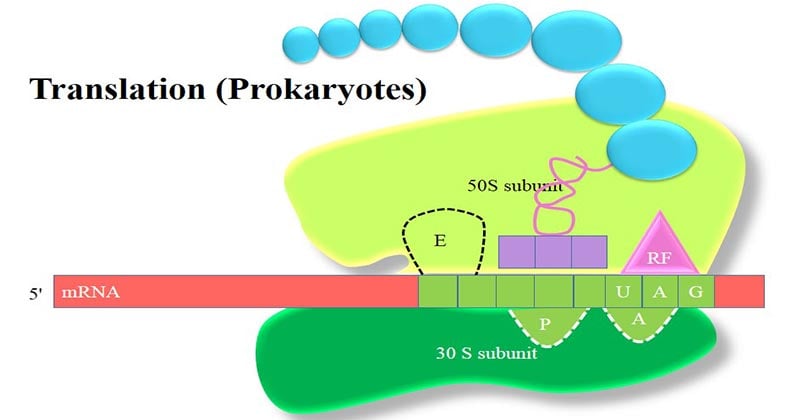 All three sites (A, P and E) are formed by the rRNA molecules in the ribosome.

THE PROCESS OF TRANSLATION

For this reason, the synthesis of aminoacyl-tRNA is also referred to as amino acid activation.

The overall reaction is:

This regeneration is called the EF-Tu–EF-Ts exchange cycle.

The free polypeptide now leaves the ribosome, followed by the mRNA and free tRNA, and the ribosome dissociates into 30S and 50S subunits ready to start translation again.