What is Staphylococcus lugdunensis?

Staphylococcus lugdunensis is a Gram-positive, coagulase-negative coccus that is a part of human normal flora but recently has been associated with various skin and soft tissue infections. 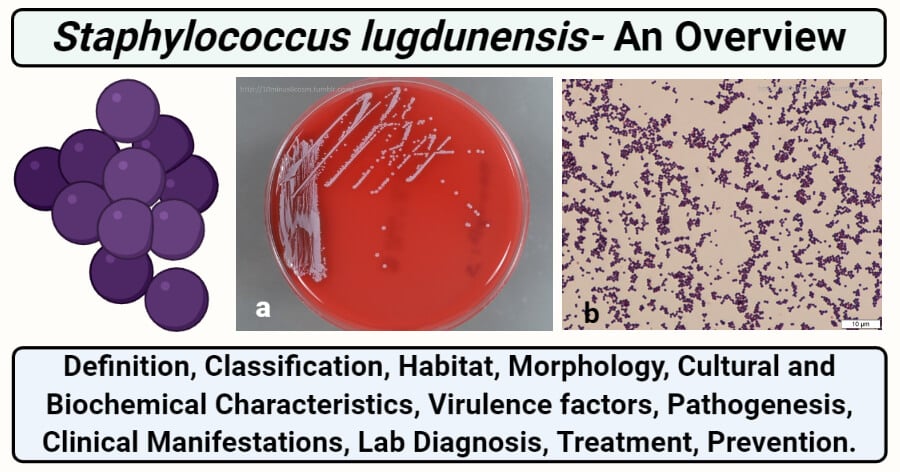 Staphylococci from clinical specimens are usually isolated in primary culture on blood agar and in a fluid medium such as thioglycolate broth. Besides, other selective media like Mannitol Salt Agar, Baird-Parker agar, Tellurite Polymyxin egg yolk agar, and P agar can also be used for enrichment and isolation. Cultural characteristics of the organism can be used for the primary identification of the organism during lab diagnosis. The temperature range for good growth is 30–45°C, whereas weak growth is observed at 20°C. The organism can tolerate 10% NaCl, but delayed growth can be seen on 15% NaCl.

The biochemical characteristics of S. lugdunensis can be tabulated as follows: 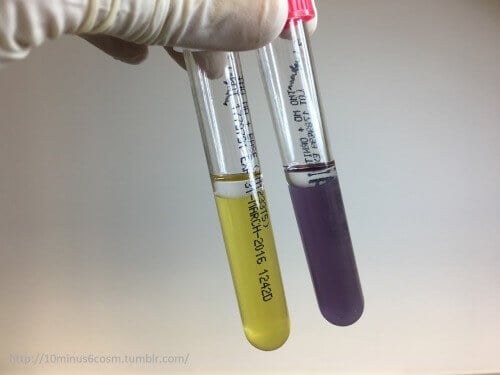 Figure: S. lugdunensis is positive for the ornithine decarboxylase test. The left tube is the control (no amino acid), the right contains ornithine. Both tubes contain the indicator Bromocresol purple which turns from yellow (acid pH) to purple (alkaline pH) when the test is positive. Image Source: 10minus6cosm.

Staphylococcus lugdunensis has emerged lately as a significant human pathogen with notable clinical and microbiological characteristics that stand out among other coagulase-negative staphylococci. Biofilm formation is a predominant virulence mechanism employed by S. lugdunensis, whose genome harbors homologs of the ica operon that encode the proteinaceous biofilm extracellular matrix. Besides, the organism has the potential to interact with host tissues and proteins that may coat foreign surfaces during implantation of the medical devices. Different surface adhesins also aid in the binding potential of the organism which supports both colonization and biofilm formation. 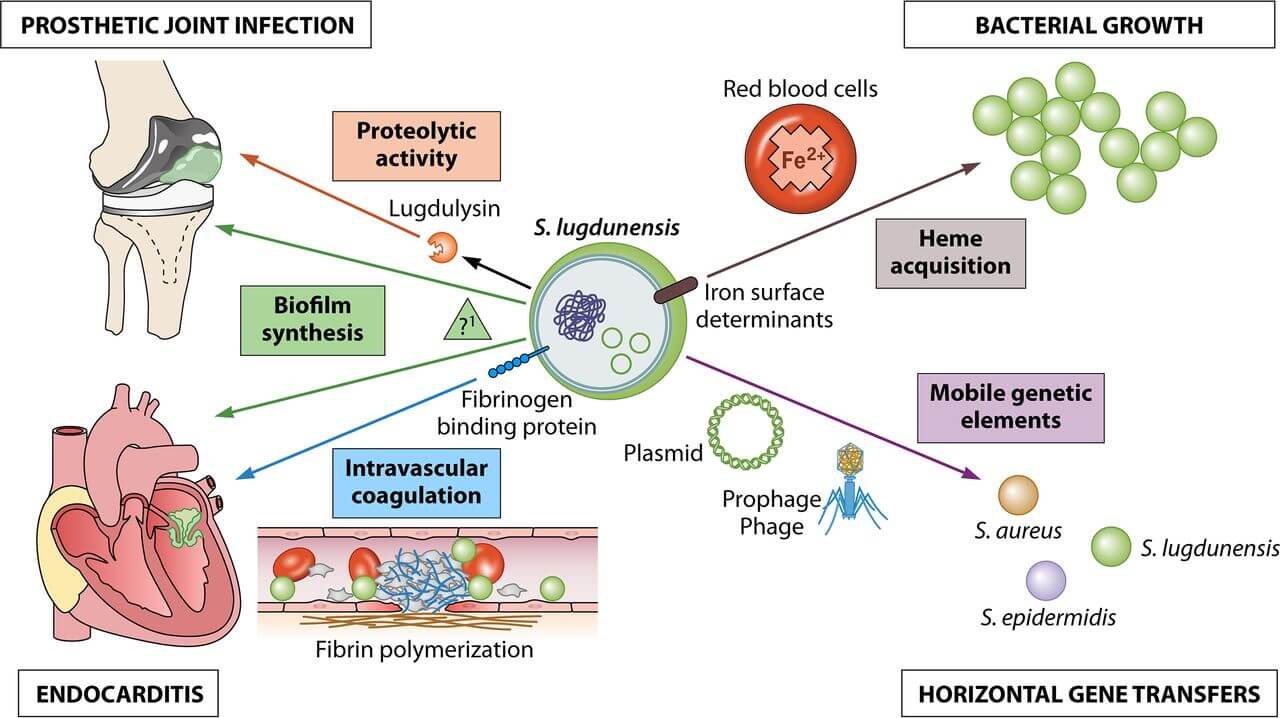 Even though S. lugdunensis is present on the human body as a commensal, it is known to act as an opportunistic pathogen and cause several infections of different organs.

The pathogenesis of S. lugdunensis can be explained in the following ways:

Different infections that are found to be associated with S. lugdunensis are given below:

As with most bacterial infections, the collection of clinical specimens is the first step of laboratory diagnosis. In the case of S. lugdunensis, clinical specimens like the scabs, joint aspirates, and pus aspirated from deep sites are to be collected. Diagnosis of disease in the case of S. epidermidis infections are mostly related to the identification of the organism.

1 thought on “Staphylococcus lugdunensis- An Overview”