What is Pseudomonas aeruginosa?

Pseudomonas aeruginosa is an aerobic microorganism that is a motile, Gram-negative rod-shaped bacteria distributed throughout different habitats in the world. 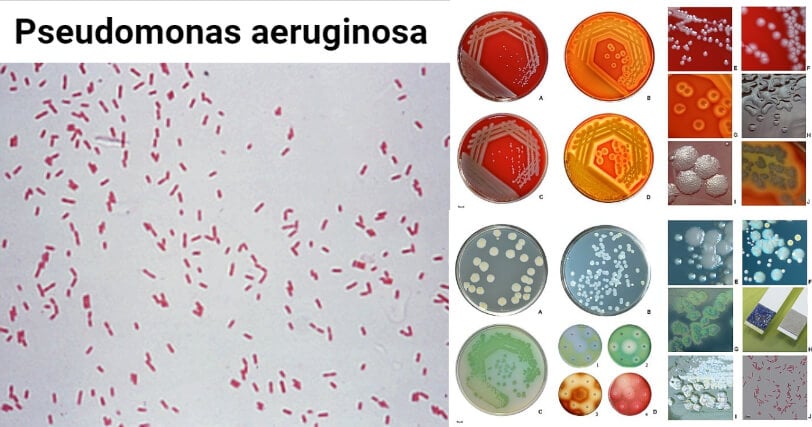 The following is the taxonomical classification of P. aeruginosa: 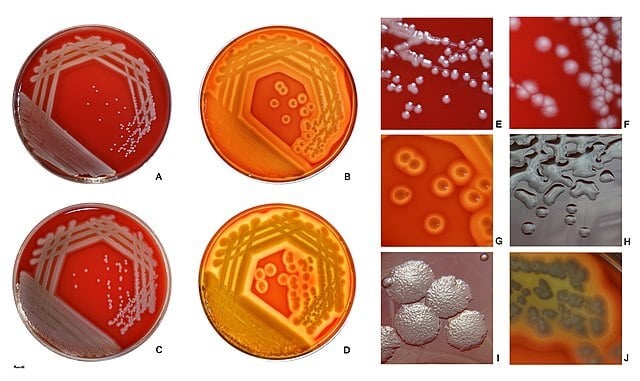 Figure: Pseudomonas aeruginosa growing on sheep blood agar at 37 °C after 24 h (A, C, E, F) and 48 h (B, D, G, H, I, J). P. aeruginosa strains are frequently haemolytic (B, D, G, J; reflected + transmitted light). This species gives rise to a variety of colony types. Most of the colonies are smooth, but varying grades of roughness may occur. Figure I shows an image of colonies with a “beaten-copper“ surface and slightly irregular edge. Capsulated strains of P. aeruginosa, usually isolated from patients with pneumonia, produce large, mucoid colonies (Fig. H). On routine blood agar, the typical P. aeruginosa colony is pigmented (gray/gray-white with a yellowish tint through green to red or brown). Pigment production is usually better visible and more profound on transparent media (e.g., Mueller-Hinton agar). Image Source: HansN (Wikimedia).

The following are some cultural characteristics of P. aeruginosa on different culture media: 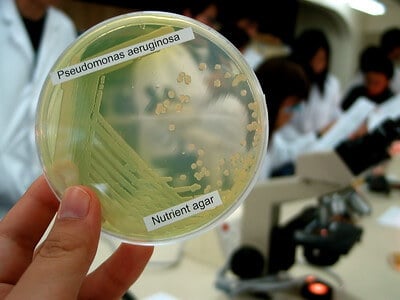 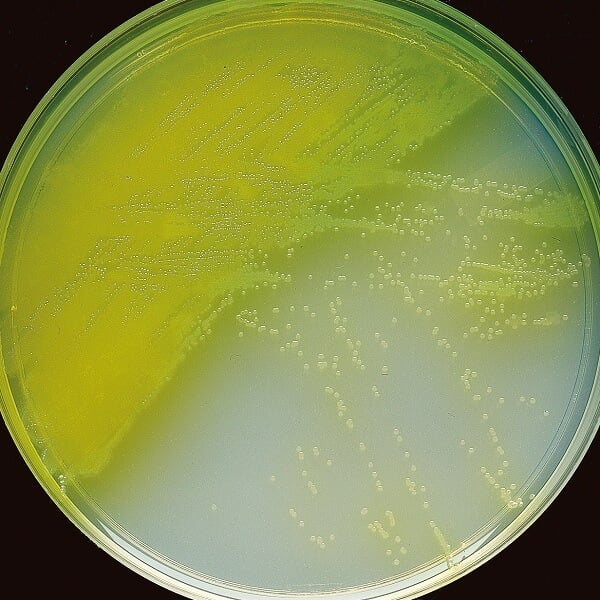 The biochemical characteristics of P. aeruginosa can be tabulated as follows: 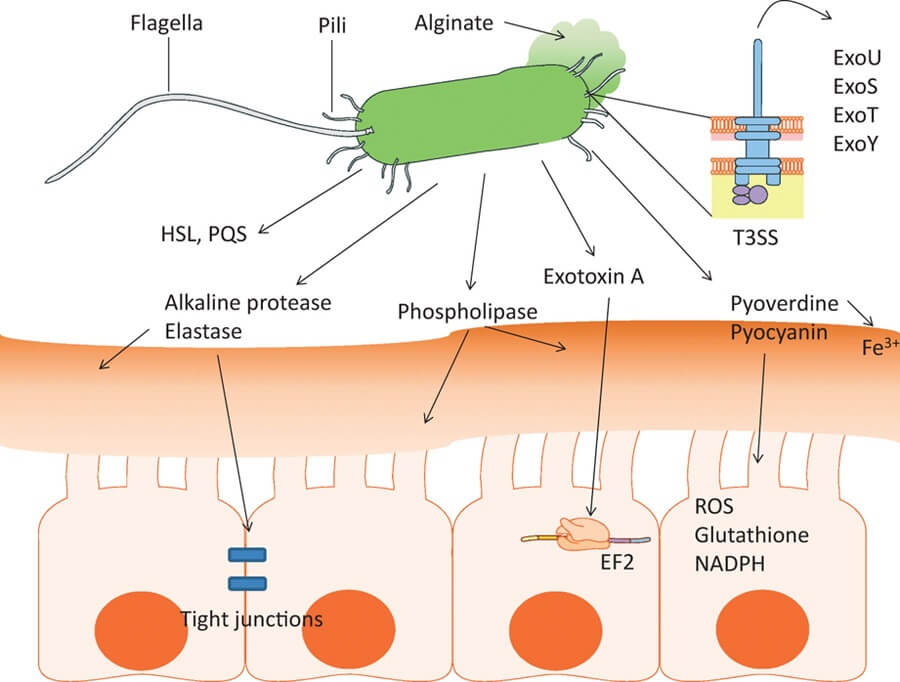 Factors involved in entry and motility

a. Acquisition of Iron

b. Alginates and Biofilm formation

a. Bacterial Attachment and Colonization

Pseudomonas aeruginosa can result in different infections depending on the target sites and cells of the bacteria. The infections can range from mild urinary tract infections to fatal septic shock or bacteremia.

Laboratory diagnosis of infections caused by P. aeruginosa is based on the isolation and identification of P. aeruginosa from the clinical samples.

b. Morphological, Cultural and Biochemical Characteristics 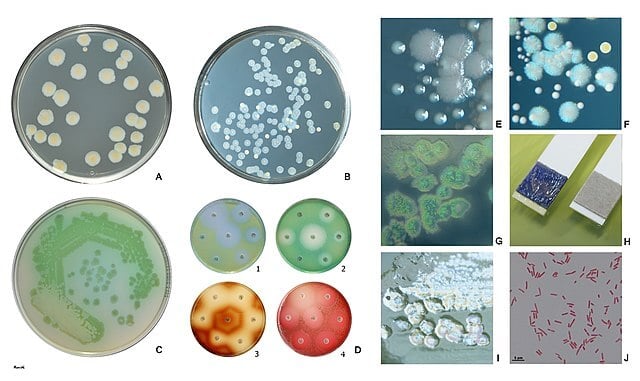 Fig. I Plaques are frequently found in freshly isolated strains, especially in the area of confluent growth. In some strains, these are caused by phage, in others by bacteriocins. 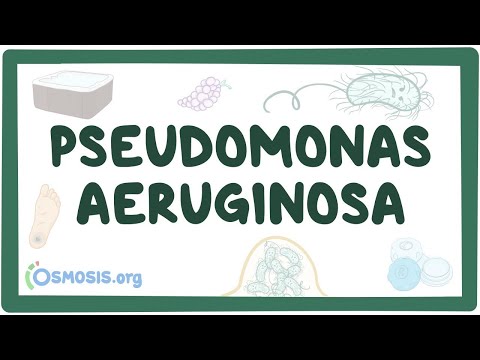