Figure: (a) Ribonucleotides contain the pentose sugar ribose instead of the deoxyribose found in deoxyribonucleotides. (b) RNA contains the pyrimidine uracil in place of thymine found in DNA. 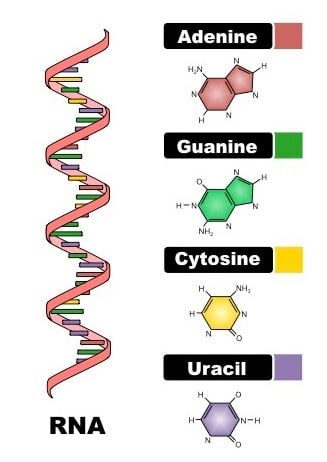 Like DNA, RNA is a long polymer consisting of nucleotides.

Thus, the difference in the structure of RNA from that of DNA include:

Thus thymine in DNA is replaced by uracil in RNA, a different pyrimidine. However, like thymine, uracil can form base pairs with adenine. 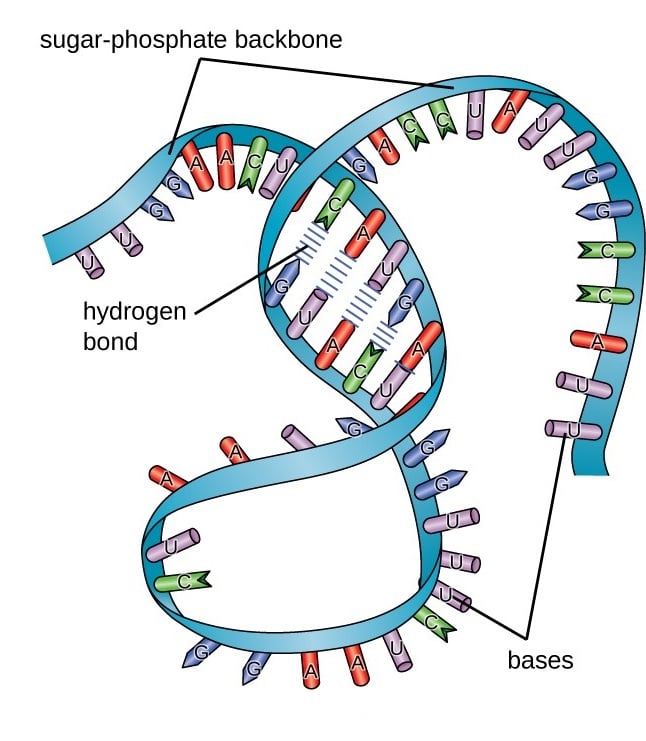 In both prokaryotes and eukaryotes, there are three main types of RNA –

mRNA transcribes the genetic code from DNA into a form that can be read and used to make proteins. mRNA carries genetic information from the nucleus to the cytoplasm of a cell.

rRNA directs the translation of mRNA into proteins.

tRNAs have a clover leaf structure which is stabilized by strong hydrogen bonds between the nucleotides.  Apart from the usual 4 bases, they normally contain some unusual bases mostly formed by methylation of the usual bases, for example, methyl guanine and methylcytosine.

Transfer RNA brings or transfers amino acids to the ribosome that correspond to each three-nucleotide codon of rRNA. The amino acids then can be joined together and processed to make polypeptides and proteins.

Other Properties of RNA 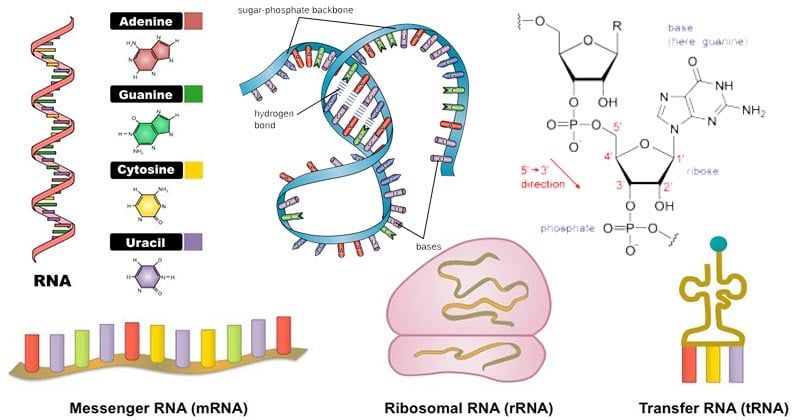