Pinocytosis is a type of endocytosis in which small particles suspended in the extracellular fluid are moved into the cell through pores formed on the cell membrane.

The following is the generalized description of the steps involved in pinocytosis:

On the basis of the receptor involved in the process and the mechanism of vesicle formation, pinocytosis is divided into : 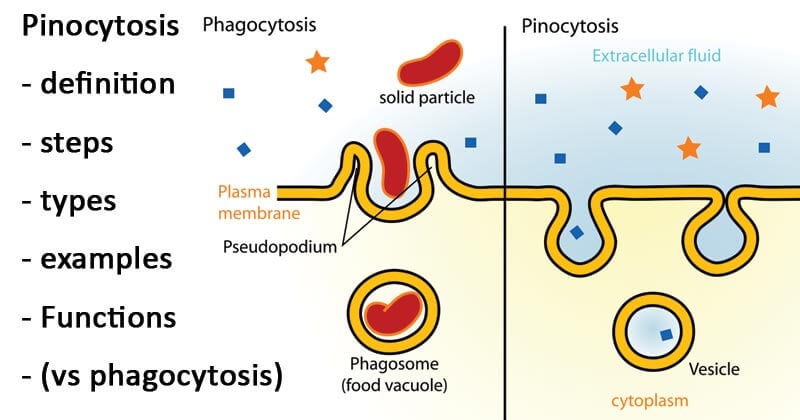