The test is based on the detection of free sulfur atoms in a solution as a result of the degradation of the –SH group. Nitroprusside is a complex anion consisting of an octahedral ferrous center which is surrounded by five tightly bound cyanide groups. The molecule, when combined with a sulfur atom forms a violet or red-colored complex. The action of a strong alkali releases SH group foud in cysteine molecule. The sulfur then reacts with the nitroprusside ion to form a red-colored compound. Some proteins might not give a positive result immediately, and in that case, the solution should be heated as these proteins might require heat coagulation to release the –SH group.

Result and Interpretation of Nitroprusside Test 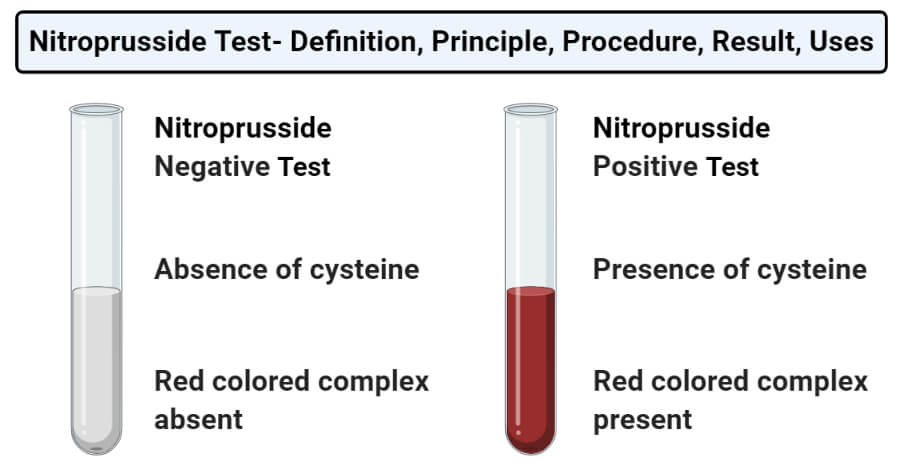