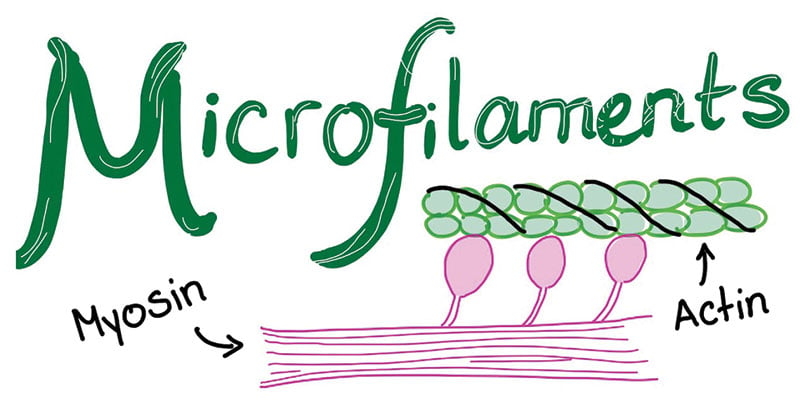 Formation or Self-assembly of Microfilaments

A microfilament begins to form when three G-actin proteins come together by themselves to form a trimer. Then, more actin binds to the barbed end. The process of self-assembly is aided by autoclampin proteins, which act as motors to help assemble the long strands that makeup microfilaments. Two long strands of actin arrange in a spiral in order to form a microfilament.