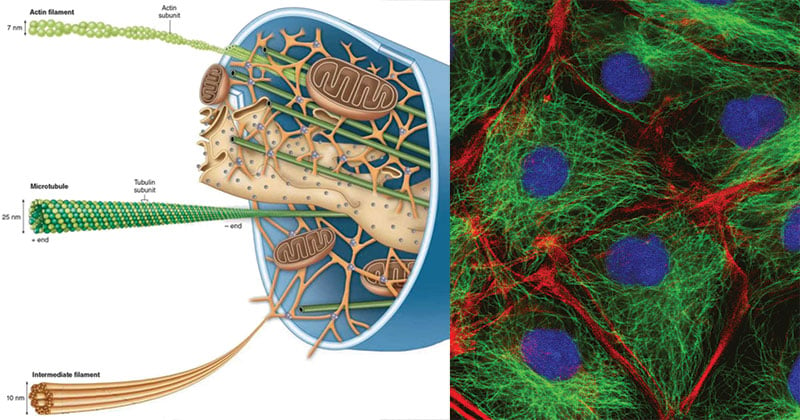 Recently, cytoplasm has been found to be filled with a three-dimensional network of interlinked filaments of cytoskeletal fibers, called a micro-trabecular lattice.  Various cellular organelles such as ribosomes, lysosomes, etc., are found anchored to this lattice. The micro-trabecular lattice being flexible changes its shape and results in the change of cell shape during cell movement.

The cytoskeleton is responsible for lots of important cellular functions: