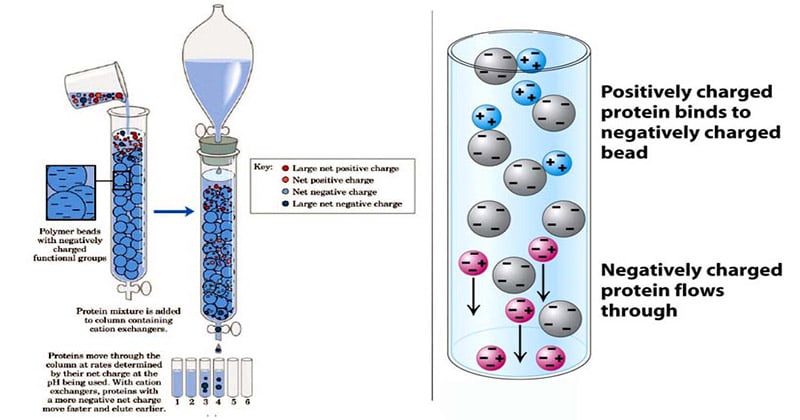 This form of chromatography relies on the attraction between oppositely charged stationary phase, known as an ion exchanger, and analyte.

The IC pump is considered to be one of the most important components in the system which has to provide a continuous constant flow of the eluent through the IC injector, column, and detector.

Sample introduction can be accomplished in various ways. The simplest method is to use an injection valve. Liquid samples may be injected directly and solid samples need only to be dissolved in an appropriate solvent. Injectors should provide the possibility of injecting the liquid sample within the range of 0.1 to 100 ml of volume with high reproducibility and under high pressure (up to the 4000 psi).

Depending on its ultimate use and area of application, the column material may be stainless steel, titanium, glass or an inert plastic such as PEEK. The column can vary in diameter from about 2mm to 5 cm and in length from 3 cm to 50 cm depending on whether it is to be used for normal analytical purposes, microanalysis, high speed analyses or preparative work.

The suppressor reduces the background conductivity of the chemicals used to elute samples from the ion-exchange column which improves the conductivity measurement of the ions being tested. IC suppressors are membrane-based devices which are designed to convert the ionic eluent to water as a means of enhancing the sensitivity.

Electrical conductivity detector is commonly use.

In routine analysis, where no automation is needed, a pre-programmed computing integrator may be sufficient. For higher control levels, a more intelligent device is necessary, such as a data station or minicomputer. 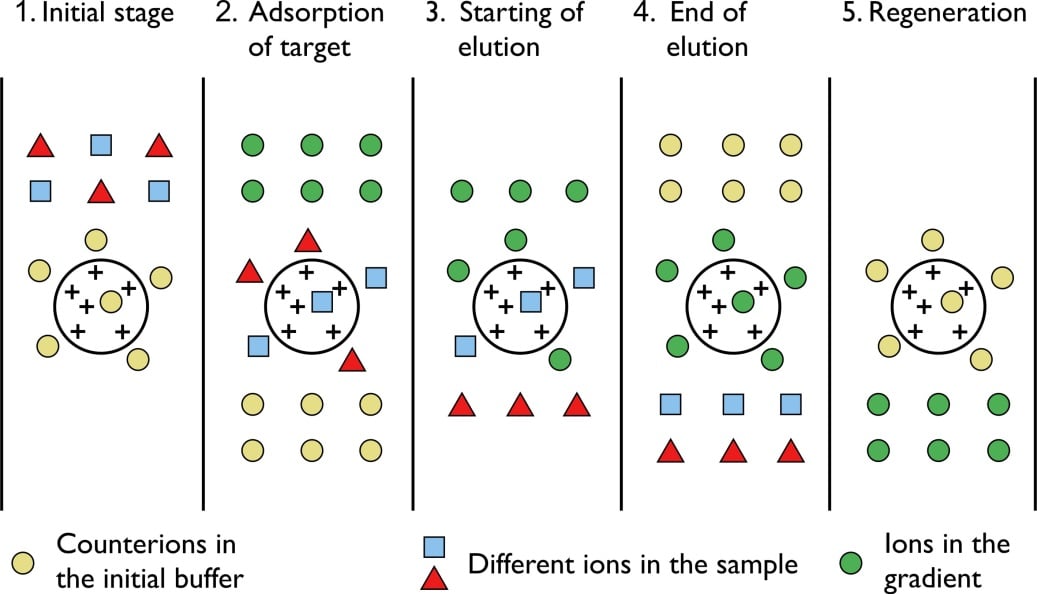