Bacteriophage or Phage is a virus that infects and replicates only within the body of bacteria. 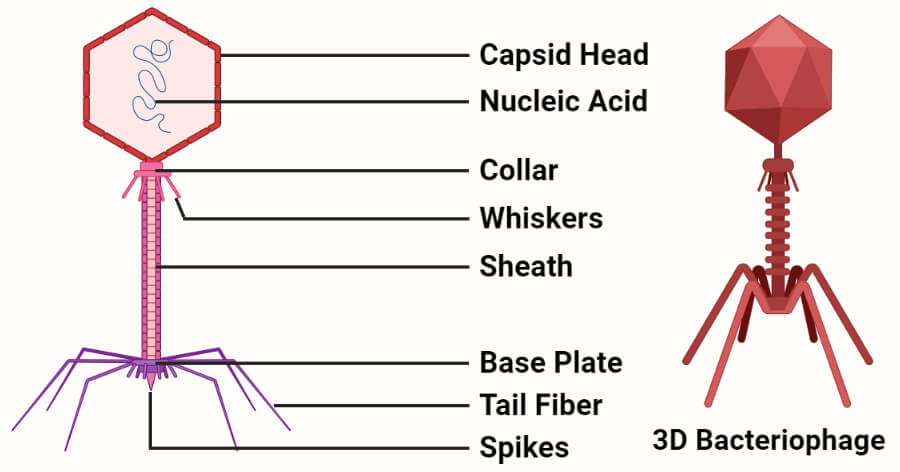 Viruses enter the host cell to reproduce during which the virus results in different forms of infections to the host cell. The overall process of the entry of the virus, its replication, and exit from the host cell comprises the lifecycle of viruses. Bacteriophages, like all other viruses, follow a similar trajectory where the virus enters the bacterial host cell in order to replicate. There are two types of lifecycles that differ in the mechanism of DNA replication where, in one, the viral DNA is incorporated into the host DNA, but in the other, the DNA replicates separately from the host DNA. These lifecycles might occur independently or alternatively in different types of bacteriophages.

The lytic lifecycle of bacteriophage is completed in the following steps;

a. Attachment and Penetration

b. Biosynthesis and Transcription 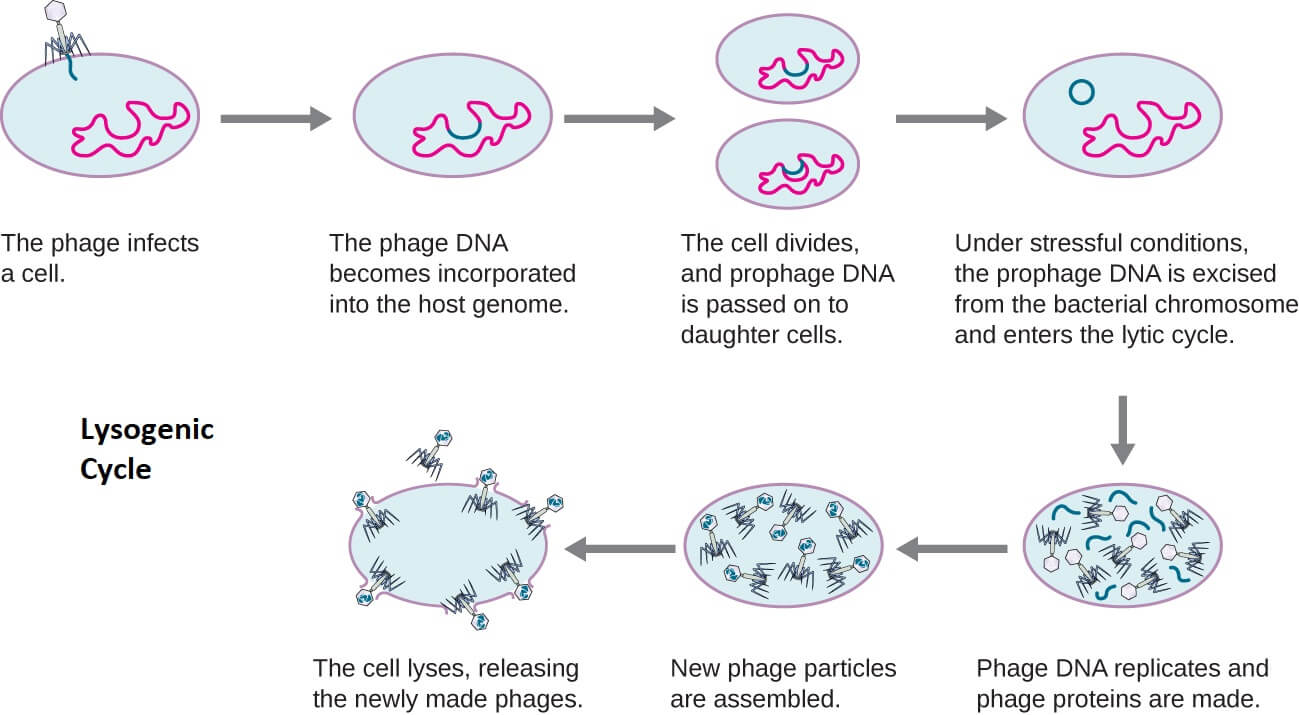 The process of lysogenic lifecycle occurs in the following steps;

a. Attachment and Penetration

In food hygiene and safety

What is Phage Therapy?

Phage therapy or viral therapy is the use of bacteriophages to treat various bacterial infections. 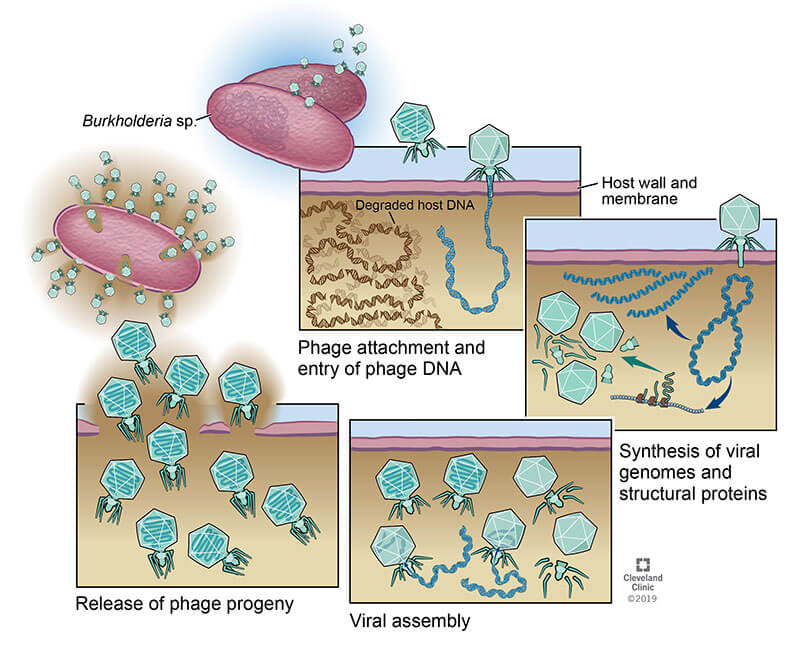 The basic principle of the use of phage therapy as a possible method of treatment and prevention of bacterial infection is the use of bacteriophages to destroy bacterial cells involved in infections. Besides, there are different phage-encoded enzymes that can also be administered to brings about the lysis of the bacterial cells. The principle of phage therapy can be explained in two different ways depending on the use of either phage (active therapy) or phage-encoded enzymes

What is Phage typing?

Phage typing is a method of fingerprinting disease-causing agents for epidermal investigation and surveillance.

Limitations or Challenges of Bacteriophages