The Xanthoproteic test is based on the fact that aromatic groups in the amino acids are nitrated by heating with concentrated HNO3 to yield intensely yellow-colored nitro derivative. On the addition of alkali, however, the residue turns orange due to the formation of a salt of the tautomeric form of the nitro compound. Benzene ring-containing amino acids like phenylalanine don’t give a positive test to this test because the phenyl group in phenylalanine is very stable, which doesn’t react with nitric acid in the conditions of this test. However, phenylalanine might give a positive result after an extended period of heating.

Result and Interpretation of Xanthoproteic Test 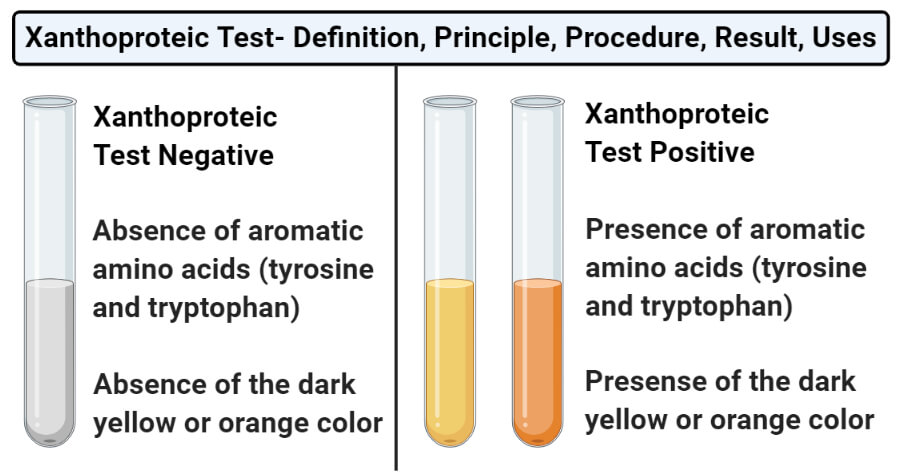