They are divided into two groups- 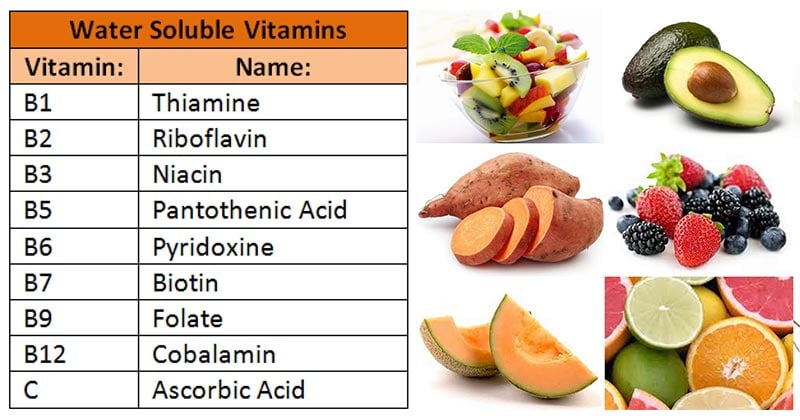 About half of patients will only have partial or no resolution of their symptoms with treatment.

Precursor for FAD and FMN

Usually caused by dietary deficiency or other conditions associated with malnutrition, such as alcoholism.

Usually occurs in conjunction with other B vitamin deficiencies. Symptoms of riboflavin deficiency include dermatitis, glossitis, corneal vascularization, angular cheilitis (cracking at corners of lips), weakness, and anemia.

Niacin is supplied to the body through dietary ingestion or by endogenous synthesis from the amino acid tryptophan.

Symptoms of mild deficiency include poor appetite with weight loss, weakness, and glossitis. More advanced deficiency results in pellagra, which consists of the triad of dermatitis (usually on sun-exposed areas), dementia, and diarrhea.

High doses of niacin supplementation have been found to reduce LDL and VLDL levels and to increase HDL levels and thus can be used to treat hypercholesterolemia and hypertriglyceridemia. Side effects of high-dose niacin include peripheral flushing (caused by vasodilation) and GI upset.

Constituent of coenzyme A and fatty acid synthase

Vitamin B5 (pantothenic acid) is a constituent of CoA and fatty acid synthase. Deficiency is rarely seen, but when it does occur (usually in conjunction with other B vitamin deficiencies), it may present with dermatitis, hair loss, and GI upset.

Vitamin B6 toxicity can occur in patients receiving large doses of vitamin B6 over a long time. It generally manifests as a sensory neuropathy, which can be irreversible.

Found in small amounts in many foods such as eggs, milk, or bananas.

Biotin can be ingested in the diet and is also synthesized in the bowel by intestinal flora.

Associated with long-term antibiotic use, increased ingestion of raw egg whites (which contain avidin, a protein that interferes with biotin digestion), and long-term parenteral nutrition.

Biotin acts as a cofactor for three different carboxylase enzymes:

More often seen in the elderly, alcoholics, the homeless, or patients with chronic illnesses such as cancer or chronic renal failure.