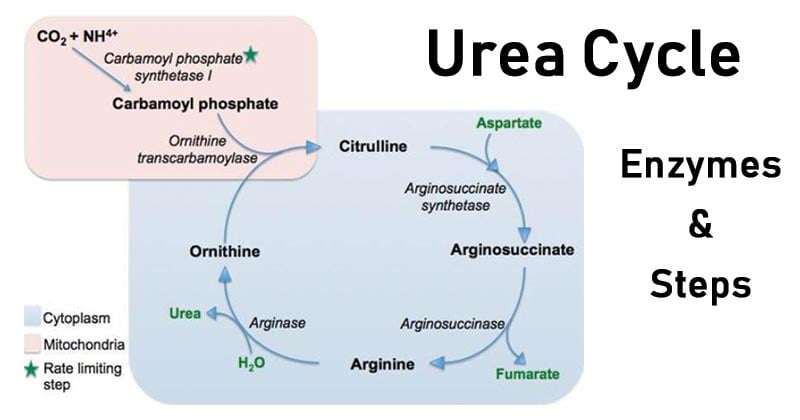 Cytosol and mitochondria of hepatocytes.

Steps in the Urea Cycle

1. Transport of nitrogen to the liver

2. Reactions of the urea cycle

NH4+ and aspartate provide the nitrogen that is used to produce urea, and CO2 provides the carbon. Ornithine serves as a carrier that is regenerated by the cycle.

Purpose of the Urea Cycle

The urea cycle allows for the excretion of NH4+ by transforming ammonia into urea, which is then excreted by the kidneys.