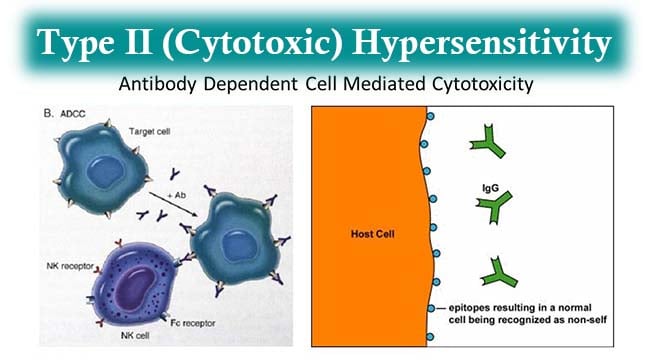 During subsequent pregnancies, when Rh –ve mother conceive Rh +ve fetus, small numbers of fetal erythrocytes that pass across the placenta stimulate a memory response which results in IgG antibodies destroying the fetal erythrocytes (hemolytic disease of the newborn).

Antibodies to a variety of self antigens such as basement membranes of lung and kidney (Goodpasture’s Syndrome), the acetylcholine receptor (Myasthenia Gravis) and erythrocytes (Autoimmune Hemolytic Anemia) can result in tissue damaging reactions.

Drugs such as penicillin, cephalosporin and streptomycin can absorb non-specifically to surface proteins on erythrocytes and cause IgG-mediated damage to such red cells.