What is Streptococcus bovis?

Streptococcus bovis is a Gram-positive bacterium that belongs to the bovis/equinus complex of the viridans Streptococci. 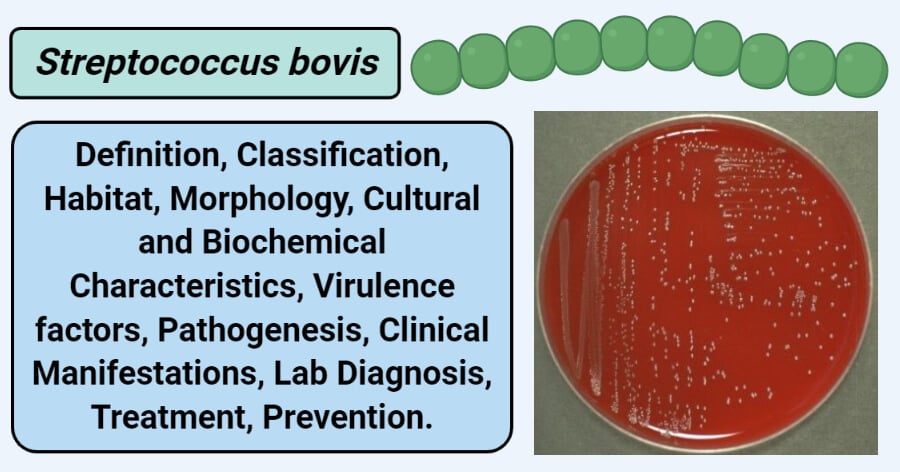 The following is the taxonomical classification of S. bovis:

The biochemical characteristics of S. bovis can be tabulated as follows:

Streptococcus bovis remains on the gastrointestinal tract of animals as a commensal but can cause different forms of infections. The exact mechanism of infection and pathogenesis of the disease is not yet clearly understood. Still, it has been assumed that biofilm formation is the major event that allows the growth and survival of the organism. Different virulence factors expressed by the organism aid in the process of pathogenesis.

S. bovis was previously considered as a lower grade pathogen frequently involved in bacteremia and endocarditis. Besides infective endocarditis, the possibility of infections by S. bovis in various sites outside the colorectum such as osteomyelitis, discitis, and neck abscess has also been suggested. Depending on the geographic location of the patients, other forms of infections like colorectal adenoma, cholecystitis, cholangitis, and biliary tract diseases have also been associated with S. bovis.

2 thoughts on “Streptococcus bovis- An Overview”