Salmonella Shigella (SS) Agar is moderately selective and differential medium for the isolation, cultivation and differentiation of Salmonella spp. and some strains of Shigella spp. SS Agar is a modification of the Deoxycholate Citrate Agar. It is recommended for testing clinical specimens and food testing for the presence of Salmonella spp. and some Shigella spp. SS Agar is a moderately selective medium in which gram-positive bacteria are inhibited by bile salts, brilliant green and sodium citrate. Salmonella Shigella (SS) Agar is highly selective for Salmonella species, but is inhibitory to some strains of Shigella.  It was developed to aid in the differentiation of lactose and non-lactose-fermenters from clinical specimens, suspected foods, and other such samples. 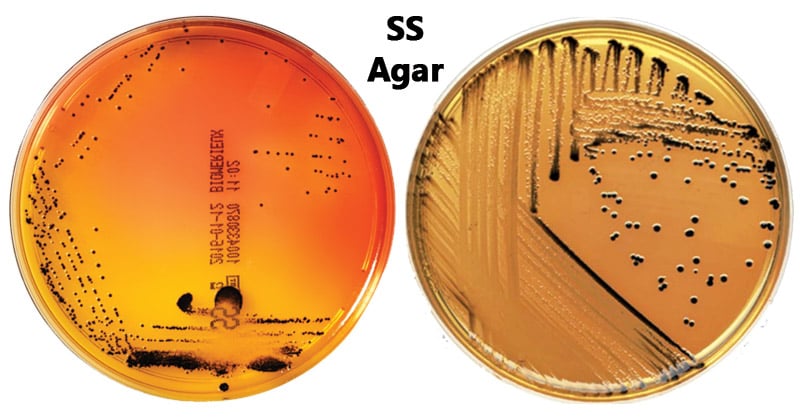