What is real time PCR? 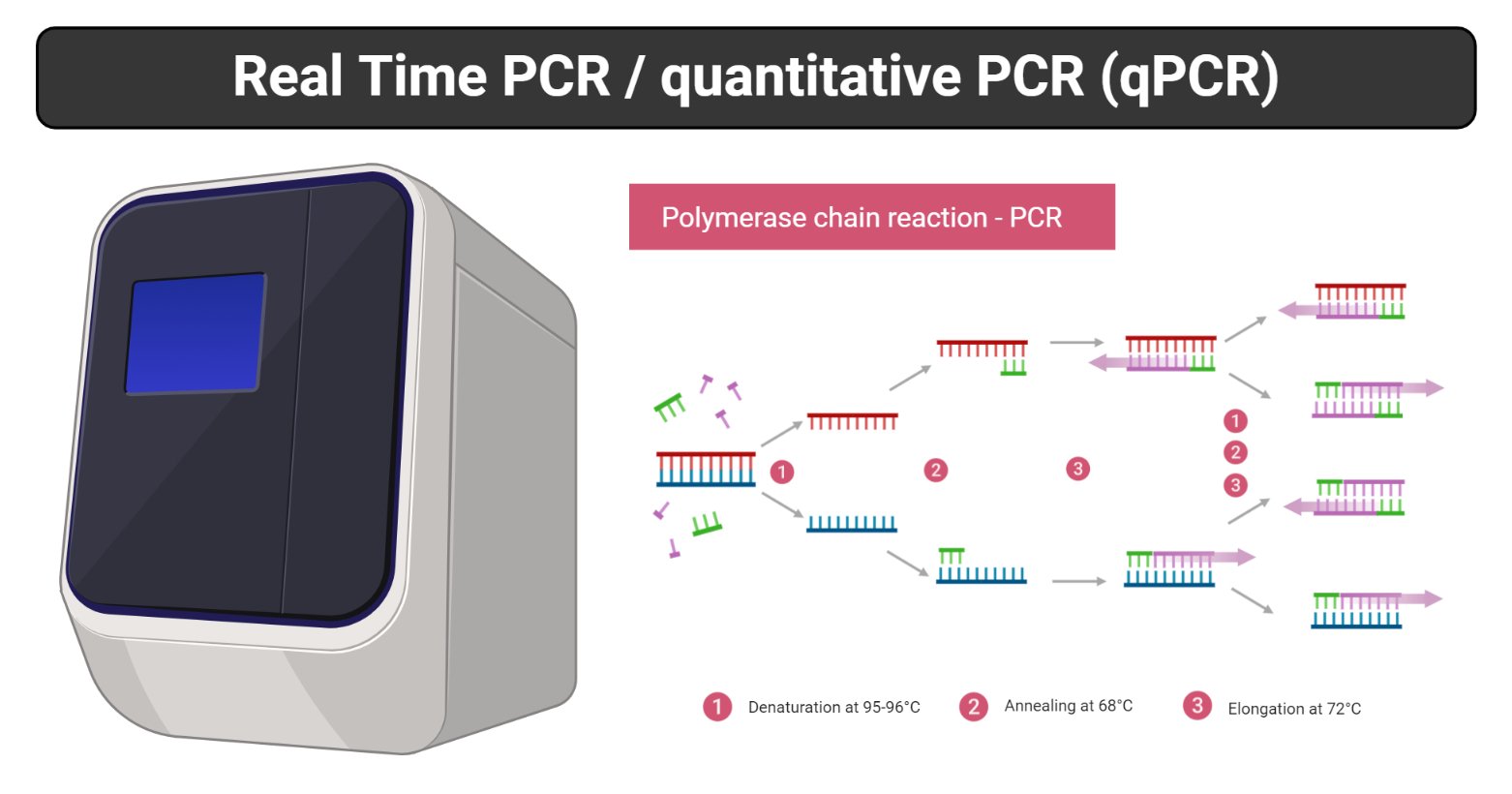 This same principle of amplification of PCR is employed in real-time PCR. But instead of looking at bands on a gel at the end of the reaction, the process is monitored in “real-time”. The reaction is placed into a real-time PCR machine that watches the reaction occur with a camera or detector.

Although many different techniques are used to monitor the progress of a PCR reaction, all have one thing in common. They all link the amplification of DNA to the generation of fluorescence which can simply be detected with a camera during each PCR cycle. Hence, as the number of gene copies increases during the reaction, so does the fluorescence, indicating the progress of the reaction. 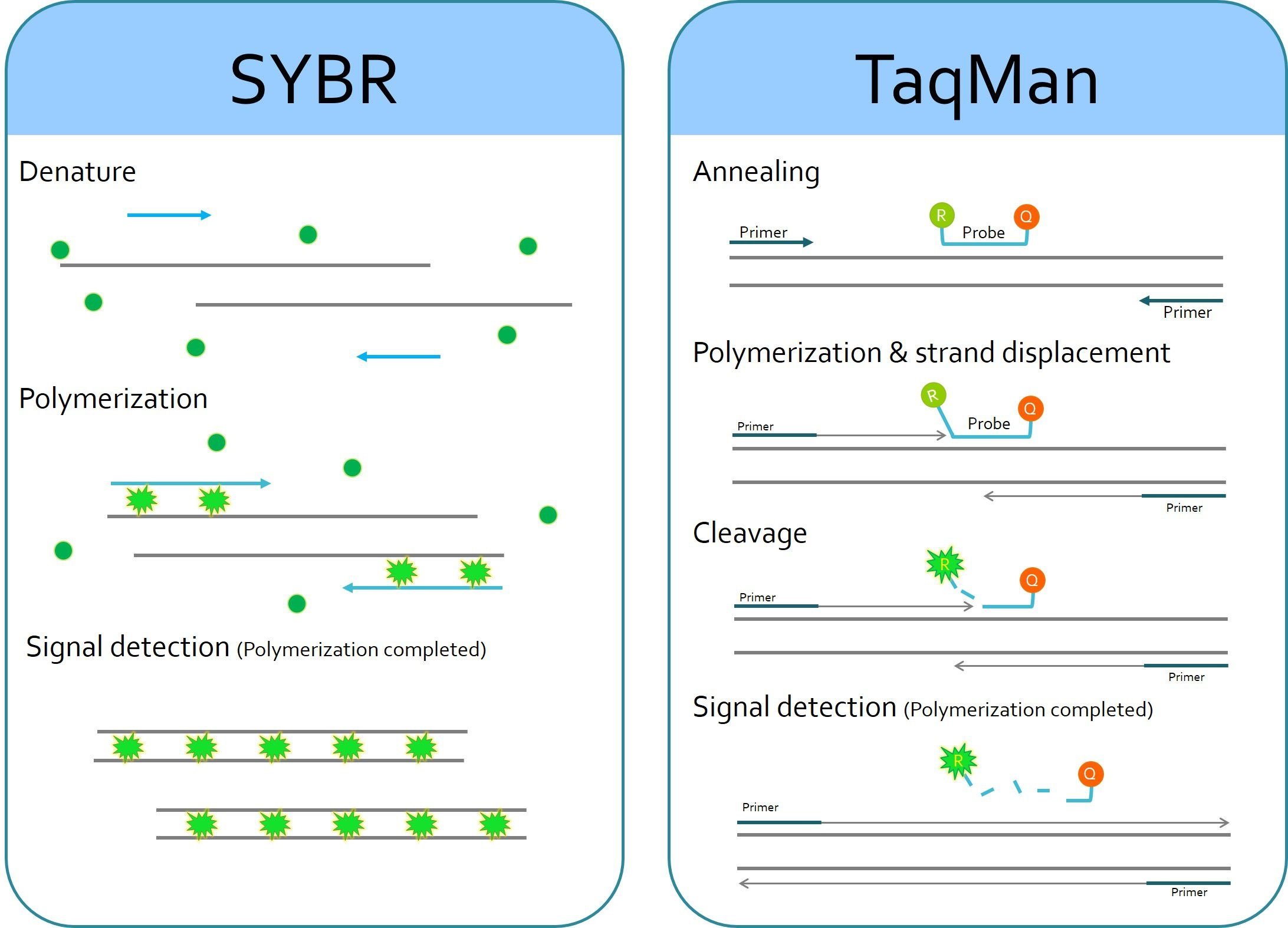 The working procedure can be divided into two steps:

High temperature incubation is used to “melt” double- stranded DNA into single strands and loosen secondary structure in single-stranded DNA. The highest temperature that the DNA polymerase can withstand is typically used (usually 95°C). The denaturation time can be increased if template GC content is high.

During annealing, complementary sequences have an opportunity to hybridize, so an appropriate temperature is used that is based on the calculated melting temperature (Tm) of the primers(5°C below the Tm of the primer).

At 70-72°C, the activity of the DNA polymerase is optimal, and primer extension occurs at rates of up to 100 bases per second. When an amplicon in real-time PCR is small, this step is often combined with the annealing step using 60°C as the temperature. 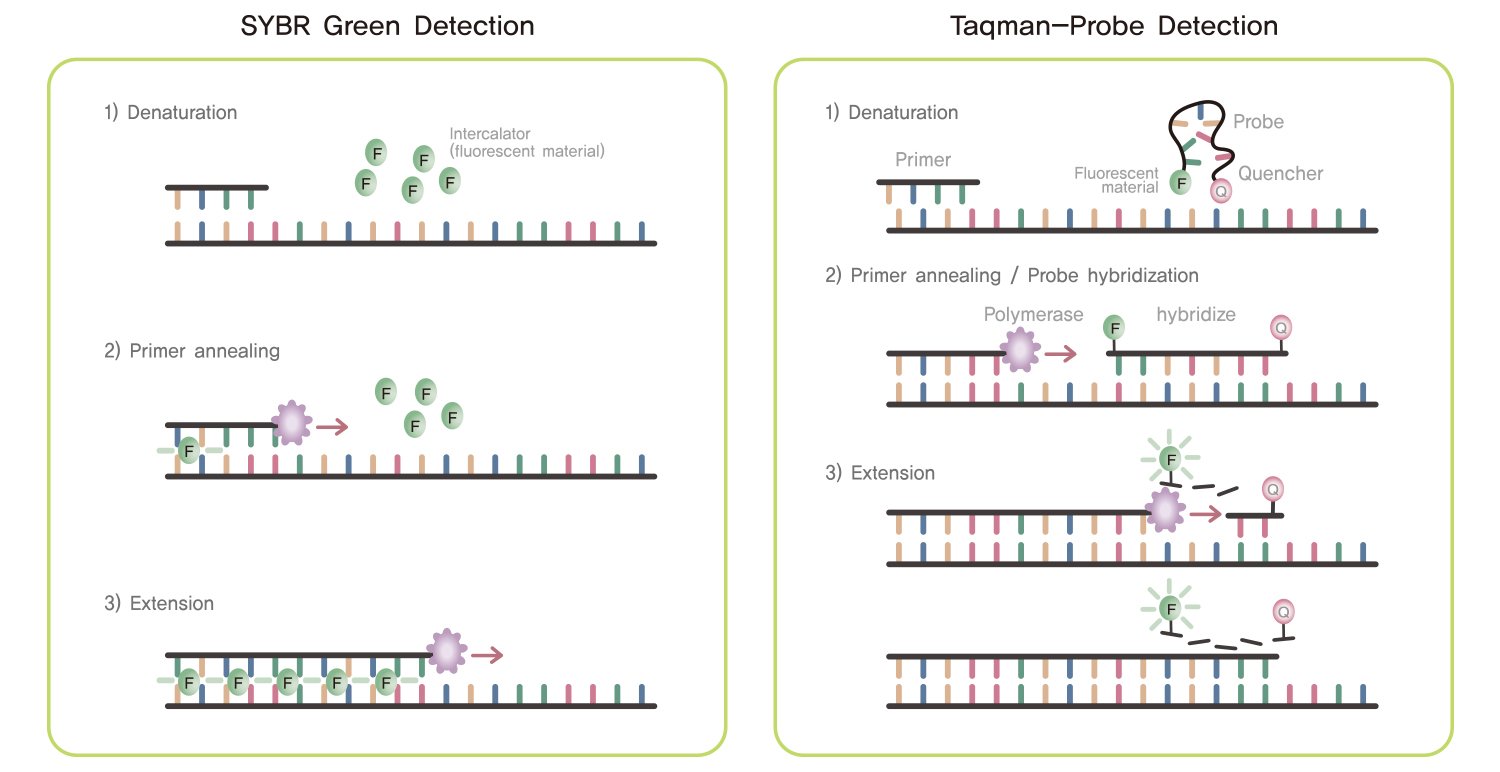 There are many different markers used in Real Time PCR but the most common of them include:

It has many advantages over the normal PCR:

Thus, unlike the ordinary preparative PCR, Real Time PCR allows the success of multiple PCR reaction to be determined automatically after only a few cycles, without separate analysis of each reaction, and avoids the problem of “false negatives”.