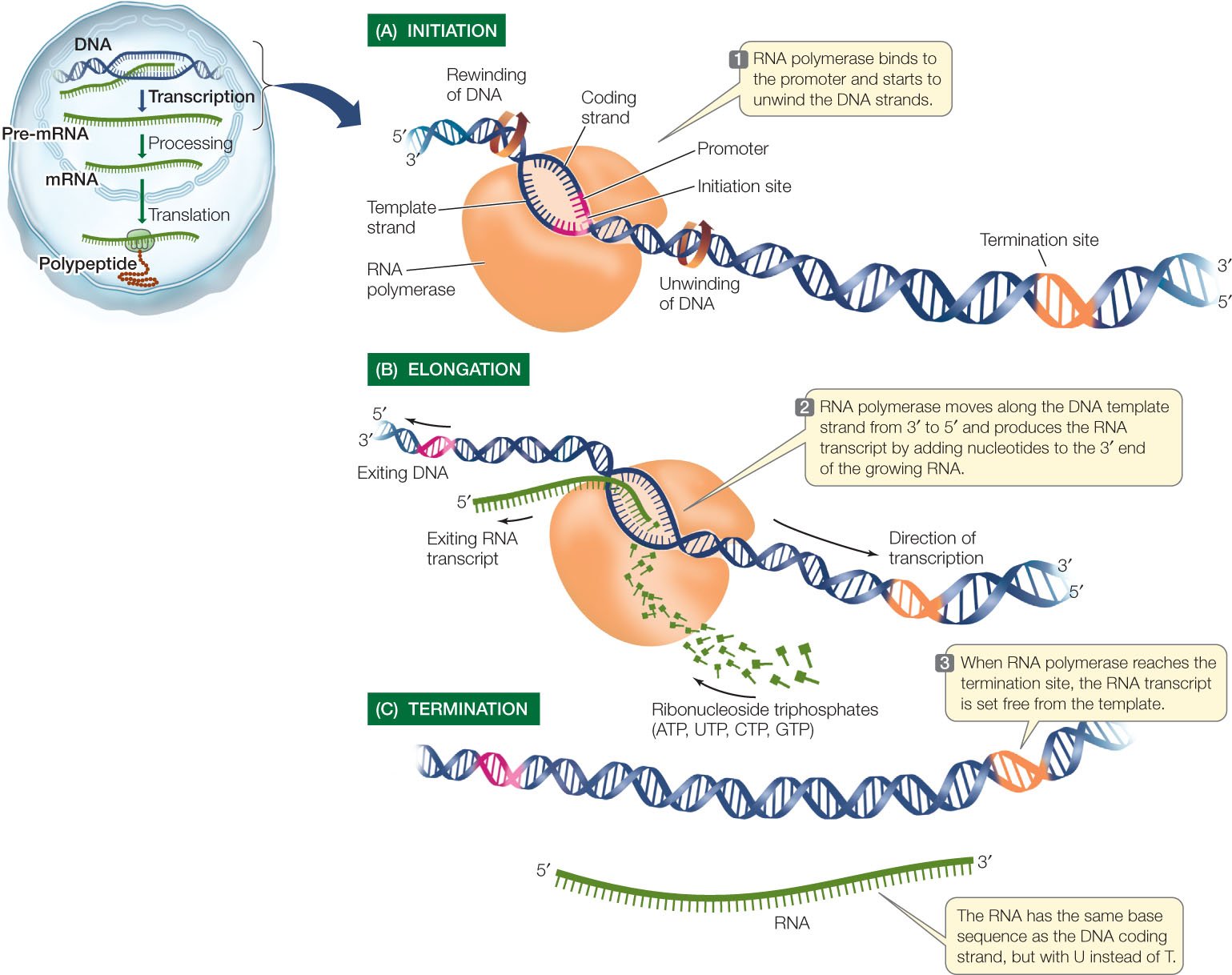 During initiation, RNA polymerase recognizes a specific site on the DNA, upstream from the gene that will be transcribed, called a promoter site and then unwinds the DNA locally. 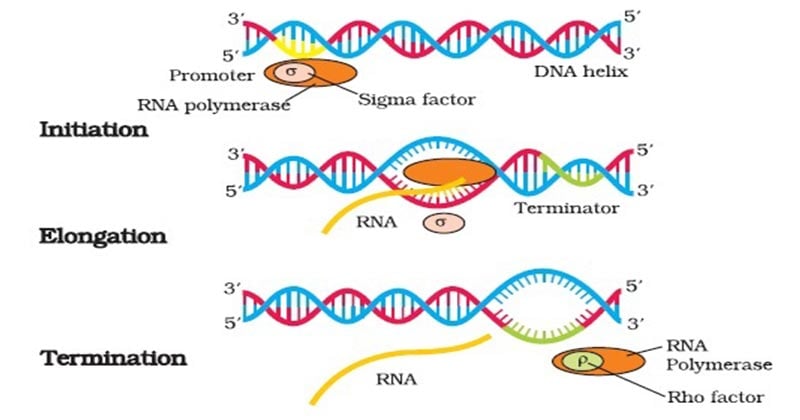