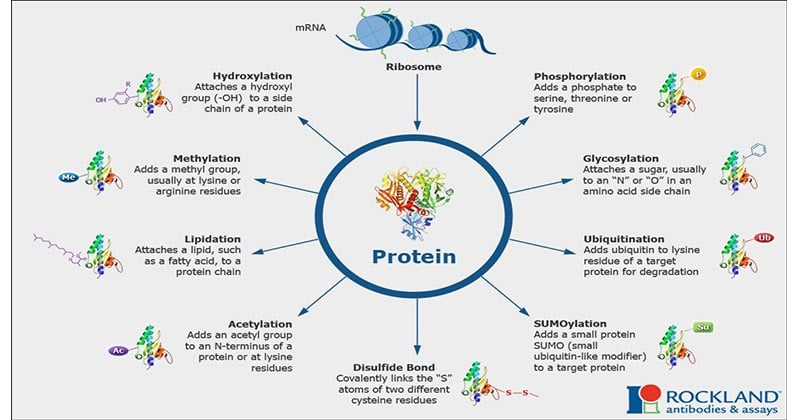 Post-translational modifications (PTMs) mainly occur in the endoplasmic reticulum of the cell but sometimes continue in the golgi bodies as well. 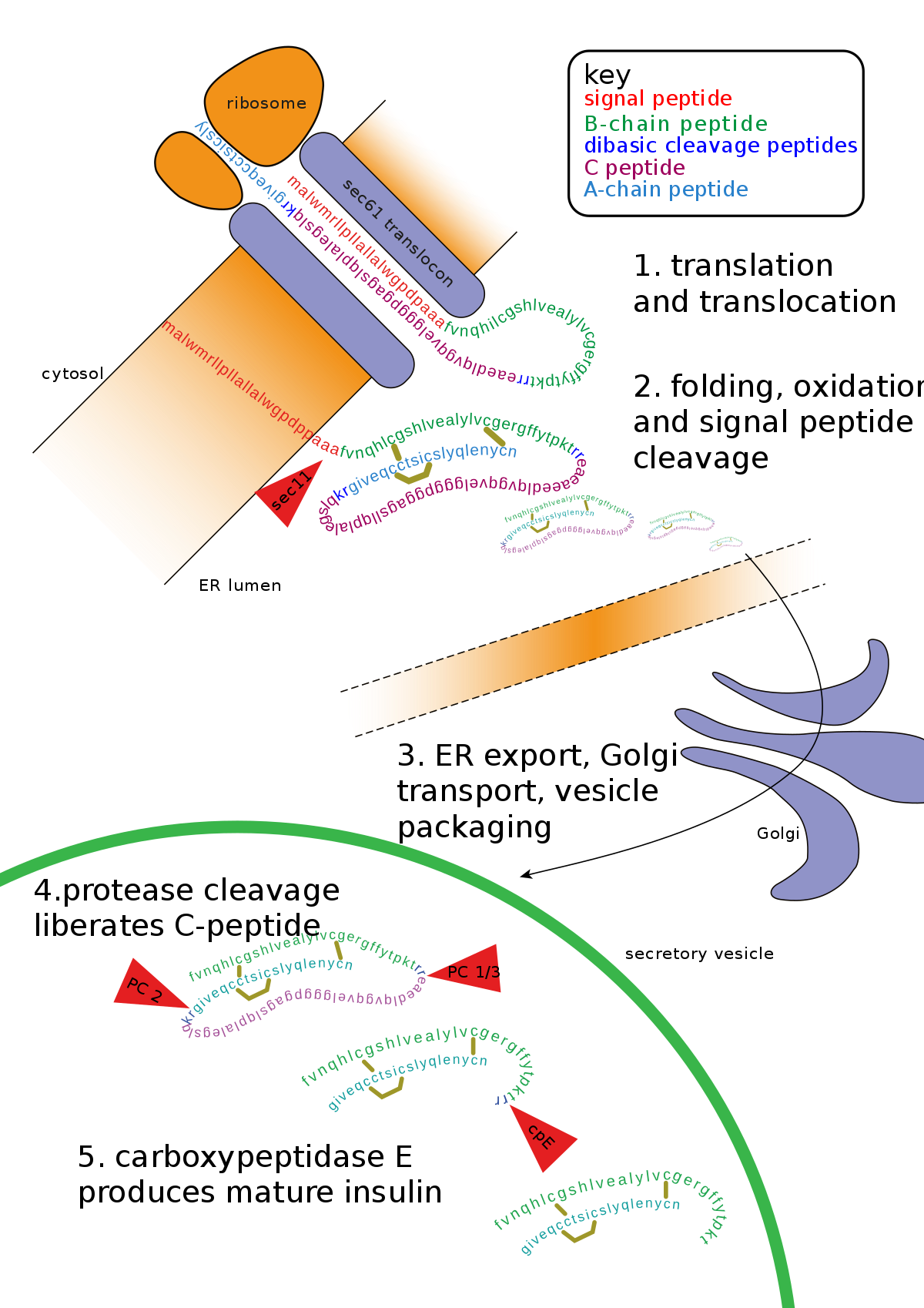 After synthesis is completed, proteins can be modified by various methods such as phosphorylation, glycosylation, ADP ribosylation, hydroxylation, and addition of other groups.

Insulin is synthesized in the cells in its inactive form which cannot perform its function. Post translational modifications ensure proper function which involves the removal of the part of protein to convert it into a three dimensional and fully active form.

Phosphoryalation is the addition of one or more phosphate groups to the protein. Post Translational Phosphorylation is one of the most common protein modifications that occur in animal cells. Majority of phosphorylation occurs as a mechanism to regulate the biological activity of a protein. In animal cells Serine, tyrosine and thereonine are the amino acids that subjected to the phosphorylation.

Sulfate modidication takes place by the addition of sulphate molecules and these modifications of proteins occurs at tyrosine residues. Tyrosine sulfation accomplished via the activity of tyrosylproteinsulfotransferases (TPST) which are membrane associated enzymes of trans-Golgi network. There are two known TPSTs. TPST-1 TPST-2 The universal phosphate donor is 3’-phosphoadenosyl- 5’-phosphosulphate (PSPA).

The transfer of one-carbon methyl groups to nitrogen or oxygen to amino acid side chains increases the hydrophobicity of the protein and can neutralize a negative amino acid charge when bound to carboxylic acids. Methylation is mediated by methyltransferases and S-adenosyl methionine (SAM) is the primary methyl group donor.

The biological process of addition of a hydroxy group to a protein amino acid is called Hydroxylation. Protein hydroxylation is one type of PTM that involves the conversion of –CH group into –COH group and these hydroxylated amino acids are involved in the regulation of some important factors called transcription factors. Among the 20 amino acids, the two amino acids regulated by this method are proline and lysine.

SUMO (small ubiquitin related modifier) proteins are 100 amino acid residue proteins which bind to the target protein in the same way as ubiquitin. They also confer the transcription regulatory activity of the protein and help in the  transport of the target protein from cytosol to the nucleus.

Proteins are synthesized by ribosomes translating mRNA into polypeptide chains, which may then undergo modifications to form the mature protein product.

Post-translational modifications of proteins, which are not gene- template based, can regulate the protein functions, by causing changes in protein activity, their cellular locations and dynamic interactions with other proteins.

PTMs have significant biological functions which include: