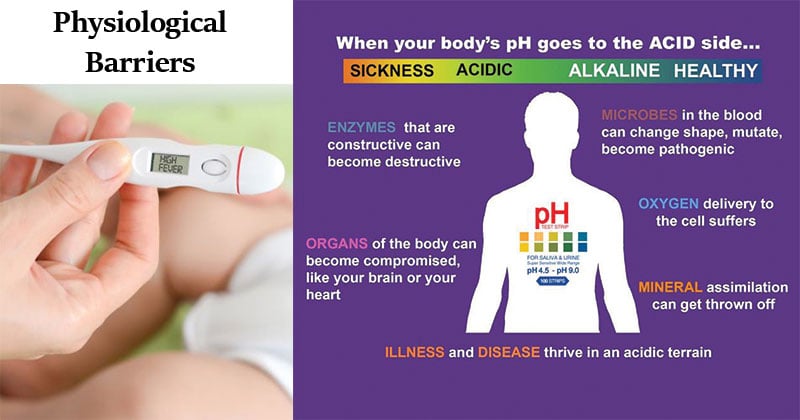 The acidic environment of the stomach, bladder, and kidneys and the bile of the intestines inactivate many viruses and bacteria. Various body tissues are protected by the low pH environment created by acid production.

C. Secretory products of the mucosa

The physiological barriers of the body may also include the processes that occur in response to pathogens in order to remove them from the system.