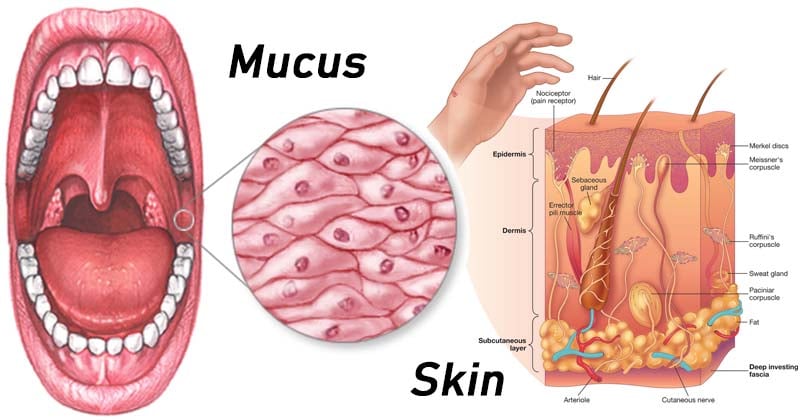 The skin is the largest organ in the body and a critical anatomic barrier against pathogens for the following reasons:

Besides these roles in non-specific defence mechanism, the skin also has following functions:

Mucus contains lysozyme to degrade bacterial peptidoglycan, antibody IgA that prevents microbes from attaching to mucosal cells and traps them in the mucous, lactoferrin to bind iron and keep it from from being used by microbes and lactoperoxidase to generate toxic superoxide radicals that kill microbes.

1 thought on “Anatomical Barriers of Immune System- Skin and Mucus”