Protozoa may be defined as  “microscopic acellular animalcules existing singly or in colonies, without tissue and organs, having one or more nuclei”.

Some of the characteristics are:

Phylum protozoa is a large and varied group and possess a complication in its classification. 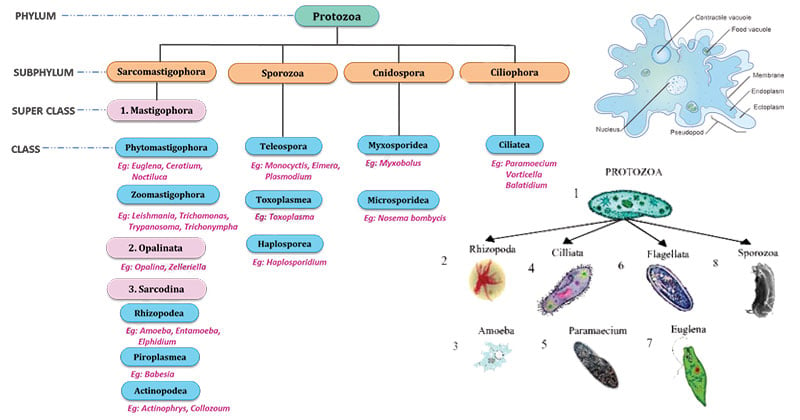 The conventional scheme followed by Hyman (1940), Hickman (1961) and Storer (1965), etc. recognizes two subphyla on the basis of organs of locomotion and 5 classes as follows:

Another classification is based on the scheme given by the Committee on Taxonomy and Taxonomic Problems of the Society of Protozoologists, and mainly proposed by BM Honigberg and others (1964).

It divides protozoa into four subphyla.