Chitin is a complex homopolysaccharide consisting of units of amino sugar glucosamine that accounts for the second most abundant polysaccharide of nature after cellulose.

Chitin is a β(1,4)-linked homopolymer of N-acetyl glucosamine derivative of glucose, and it shares close structural similarity to cellulose. 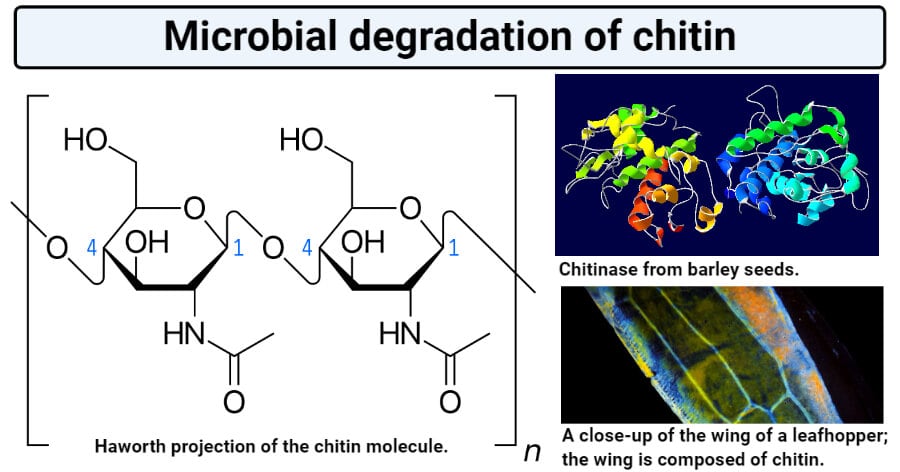 On the basis of the direction of the chitin fibers and bonds within the polymer, chitin exists in three different conformations.

Enzymes involved in the degradation of chitin

Chitin degradation in soil or on artificial media can be affected by several factors, some of which are:

The hydrolysis of chitin occurs in a two-step process;

Mechanisms of microbial degradation of chitin