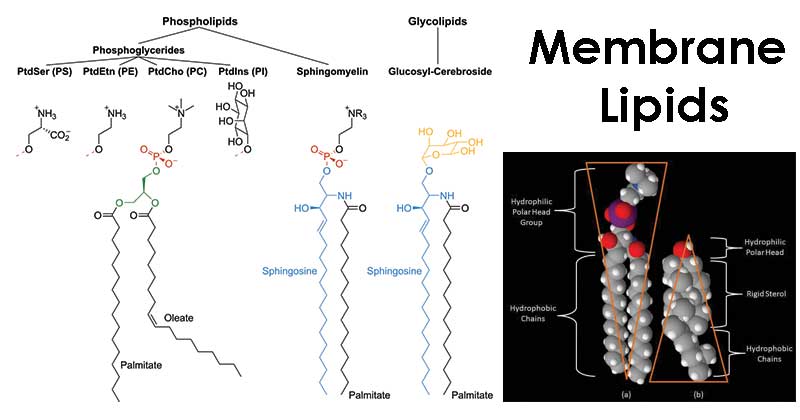 Image: The major membrane lipids and Space-filling models of (a) sphingomyelin and (b) cholesterol. Source: Wikipedia

Glycerol‐based lipids can be divided into two broad categories: glycosylglycerides and phospholipids.

Membrane proteins have been attributed to the most important roles in membranes, although lipids have also been acknowledged as key elements in numerous processes.