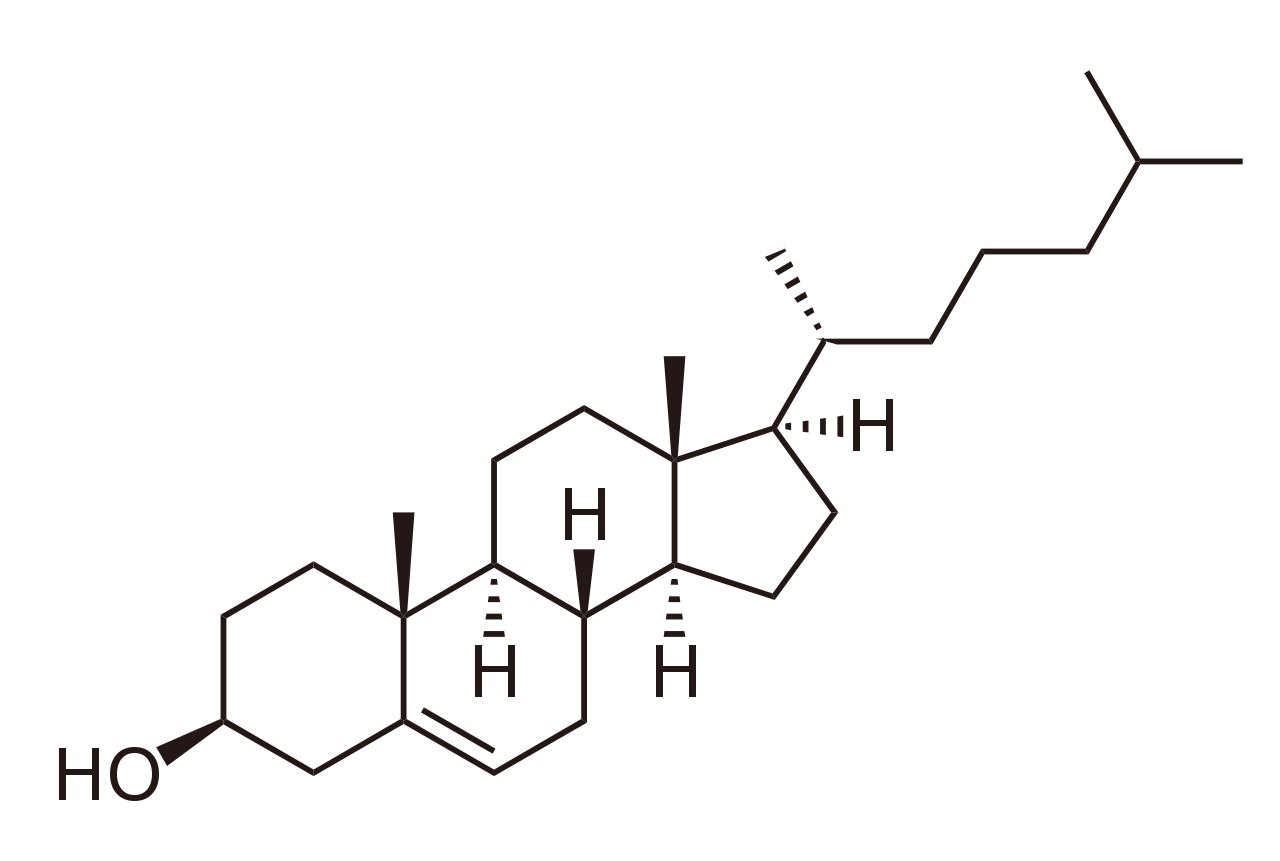 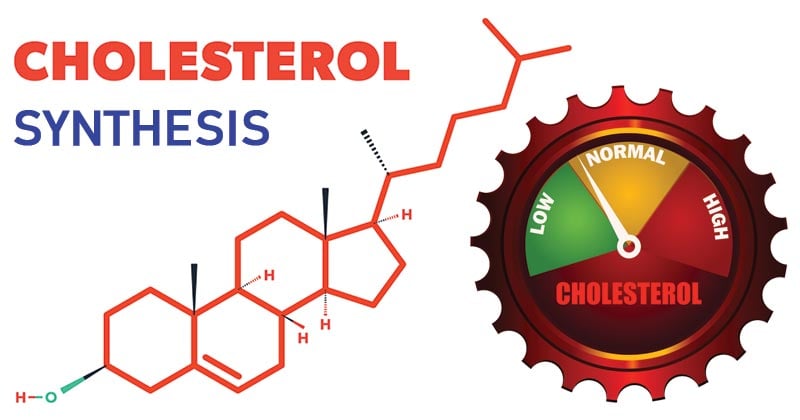 Cholesterol synthesis takes place in the liver and intestinal mucosa. 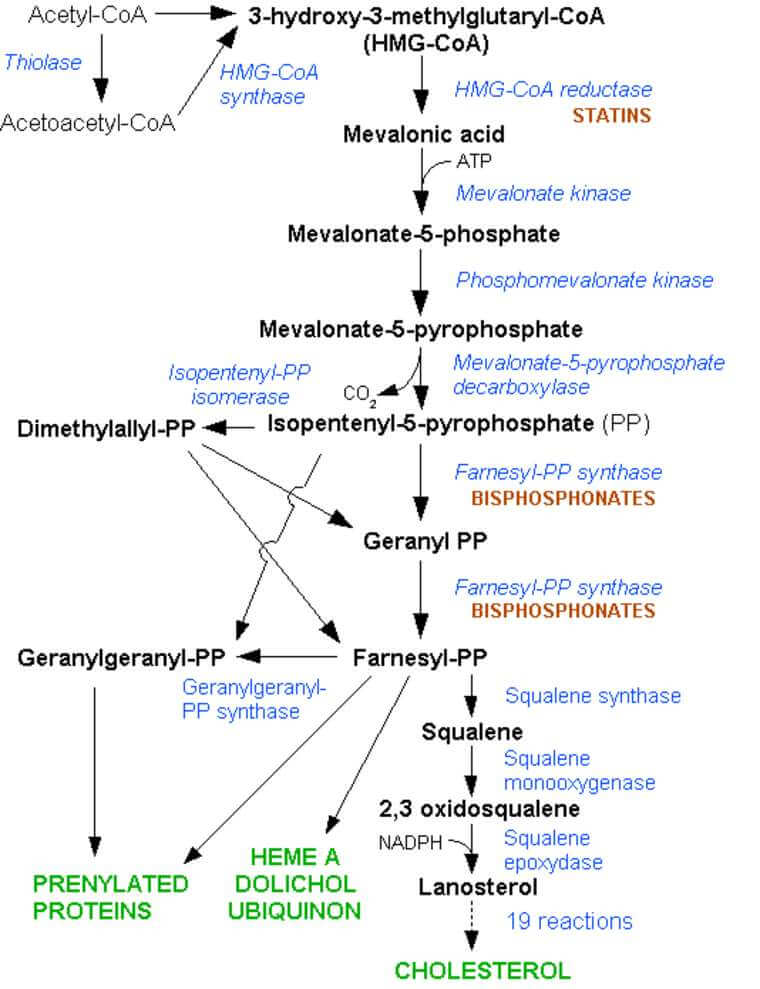 Cholesterol is synthesized from cytosolic acetyl-CoA by a sequence of reactions:

Two-thirds of plasma cholesterol is esterified by LCAT, an enzyme activated by apo A. Cholesterol esterification by LCAT traps cholesterol in HDL and prevents membrane cholesterol uptake, which can lead to alterations in membrane permeability.