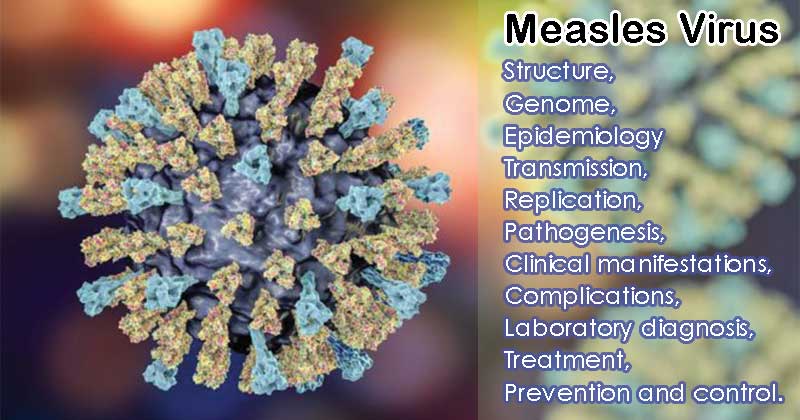 Measles Pneumonia– This is giant cell pneumonia which occurs mainly in people with immunocompromised patients.

Myocarditis– ECG abnormalities have been reported in up to 20% of children with uncomplicated measles but frank measles myopericarditis is rare.

Thrombocytopenic purpura– this is a rare complication of measles

Molecular diagnosis – It accounts for the identification of measles virus RNA from a clinical specimen by PCR.

1 thought on “Measles Virus- An Overview”