The test is based on the principle of detection of sulfur in a solution by the degradation of the S-H or S-S group in amino acids under strongly alkaline conditions. Amino acids like cysteine and cystine release sulfur in the presence of strong alkaline conditions at a high temperature. The sulfur then combines with the alkali (NaOH) to form Na2 The Na2S thus formed reacts with lead acetate to form lead sulfide, which results in a black residue. For the reaction to take place, free sulfur ions should be present in the medium. 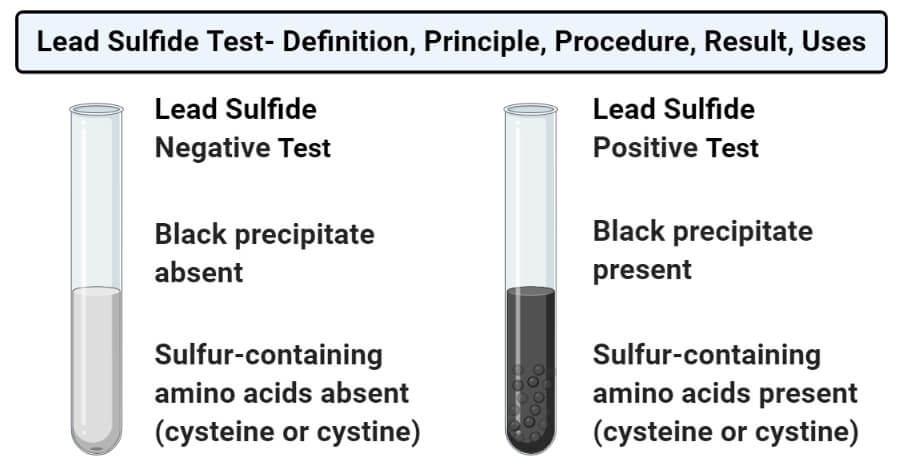